Once you start playing a lot of cooperative board and card games, you find there are certain rules and/or situations where you wish things were different! Sometimes a small tweak in the rules can make all the difference between an uproarious fun time and a mind-numbingly boring one. Other tweaks just make the game more thematic and that much more enjoyable. I’ve paid good money for these games: why can’t I make them more fun for myself?

Some of you might argue “Well, that’s not how the designer wanted it to be played! He may have done it for balance!” Maybe, but after living in this hobby for nominally 40 years (yes, I played Starfleet Battles back in the early 1980s when it first came out), I can tell you that many games sometimes just don’t work, even if play tested extensively by a well intentioned publisher. A recent example is Tapestry from Stonemaier Games: it was a pretty big hit for this publisher, but just 6 months after it was released, they had released “balancing adjustments/rules” for the different factions in the game. If Stonemaier games (a high-quality publisher with fairly deep pockets and excellent reputation for quality) could have these problems, why not other games? Besides, at the end of the day, would you rather a game sat on your shelf unplayed because “we have to play it the way the publisher intended” or would you rather the game came out to the table with just a few tweaks?

I had originally written this list as the Top 10 Cooperative Games with House Rules“, but after getting into it, I realized a lot of those rule changes applied to more than just one game. So, I rewrote the list to concentrate on the type of rule changes itself!

Longtime readers of my blog know I adore Sentinels of the Multiverse (it made the top spot on my Top 10 Cooperative Superhero Games), but one thing that always bugged me was that I could never set-up situations where the players could set-up a group combo (like Wolverine and Colossus “Fastball Special” from the X-men comics). What I want, in a cooperative game, is Player Selected Turn Order (PTSO) (see blog entry here), where the players get to choose their player order per turn. Unfortunately, in both Sentinels of the Multiverse and Marvel Champions (two games where I really want to be able to set-up group combos), you can’t do that according to the rules: you must play in player order (usually clockwise around the table). As a house rule, we allow players to play in any order they want per turn—I feel this gives us more choices and encourages more cooperation!! I want a game to feel like I have choices to do the best things I can!! I don’t want to be constrained by some arbitrary “clockwise around the table”. The only downside of PSTO is that sometimes it can hard to keep track of who has played so far.

6. Allow Sharing, If It Makes Sense

I like the Dresden Files Cooperative Card Game (see review here and here) and it made my Top 10 Cooperative Games of 2017.  One rule of the game really turned my friends off: you can’t share what cards you have (you must keep all your cards hidden).  And I know why the game does that: to avoid The Alpha Player Syndrome. Some player groups can be taken over by an Alpha Player who tells everyone what to do.  By keeping the cards hidden, the Alpha Player can’t tell everyone what to do: he can’t see their cards.  That fixes the problem, but it unfortunately makes the game less fun.  So, for my groups (where we are pretty good at avoiding the Alpha Player), we tend to play with all cards showing and it makes the game a LOT more fun: we talk, we collaborate, we cooperate!   I put Sidekick Saga on this list because it’s the only game I know that addresses this specifically! In the rulebook, there’s a section called Open Hand vs. Closed Hand:

There are two ways to play Sidekick Saga: Open Hand or Closed Hand … Open Hand means all Sidekick cards are face-up and everyone can see what cards everyone else has in their hands.  Closed Hand means Sidekicks can’t see what other Sidekicks have in their hand…
If you and your group feel more comfortable playing Open Hand, feel free.  It makes the game easier, but it may really slow down the game!  Open Hand can lead to some analysis paralysis.

It’s a house rule because it really depends on the house you are in.

This rule is very specific to to the Gloomhaven games.  It’s one of my least favorite rules in cooperative games, and one of the reasons for this list.  Rather than rant again, I will simply point you to my Gloomhaven: Jaws of the Lion Review.

House Rule: Players are allowed (if it makes sense) to pick up all the gold and treasure after a combat (and split it) without having to use the “Loot Action”.  This only applies if it makes sense for the Scenario. 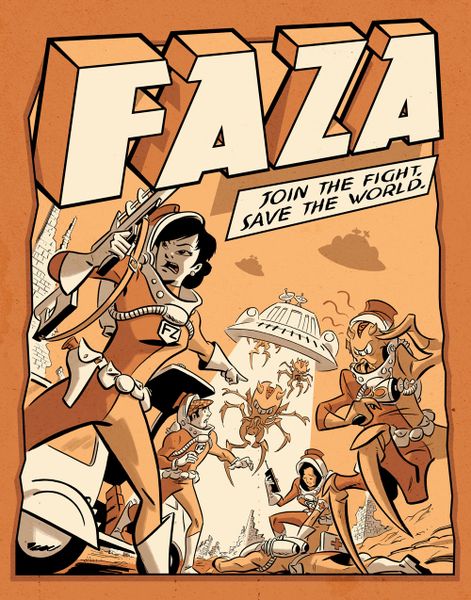 I recently got a copy of FAZA in the mail.  It’s a good cooperative game, but I’ve had to house rule a few things to enjoy the game better.  Basically, you are forced to make Rebels take damage before you can (Rebels are helping you in the game), but you are required to use Rebels to destroy the Big Bad UFOS:  In other words, you must have a Rebel to destroy the Bad Guys!!   My game came down to the last turn, and I simply couldn’t win because I HAD to make a Rebel take damage before me (“Um, I throw myself in front of the Rebel!!  No, I can’t do that?  Even though it saves the world???”).  It didn’t seem thematic, and it wasn’t fun.  Similarly, the entire game is over if one player dies.  Again, this seems athematic:  I will ABSOLUTELY give my life on the last turn to defeat the aliens IF IT SAVES THE REST OF THE PLANET.
House Rules: You can choose to take damage instead of a Rebel, you can keep playing even if a player dies.

Basically, death can have meaning in a cooperative game that it can’t in a competitive game.  Why take that away?  (See blog entry here)

3. Don’t Use Some Dumb Rule to Decide First Player 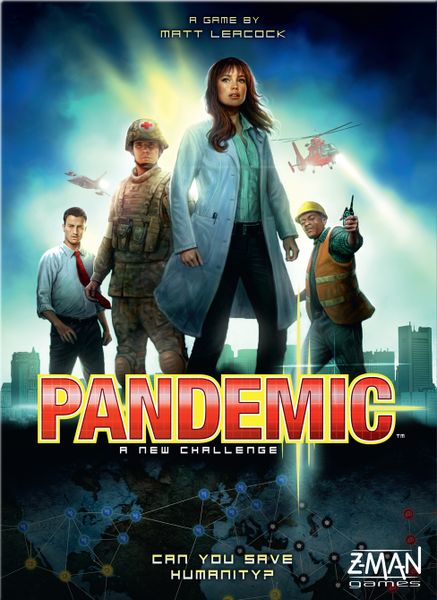 In the current version of Pandemic,what player goes first?  The player with the highest City Population Card goes first.  Um, what?  Um, so I have to know the city populations?  I seem to remember the  original version was: “The first player is the person who had a cold last”.  I have also seen “The first player is the person who saw a King Fu movie last” and some other funny ones.  They are funny the first time you see them, but then they are just annoying.  What we’ve seen that makes sense: Let US CHOOSE who goes first!

When you go shopping and have plenty of money, do store owners limit how much you can buy?  “I’m sorry sir, you can only but one thing today.  We have tons of stuff, but because of store policy, you can only buy one thing.  I think the owner is trying to go out of business!”.   In both Arkham Horror (2nd Edition) and Thunderstone Quest (cooperative with Barricades expansion), there are places you can go to buy things: In AH, you can buy magical items at the Magic Shoppe, or plain stuff at the General Store.  You are allowed to look at 3 things, but you can ONLY BUY ONE ITEM, even if you have enough money!!! Similar for TQ: you can only buy 1 lantern, or 1 food, or 1 potion.

“Look, I really need 2 Lanterns to go into the Dungeon!  The town will be destroyed unless I fight the big Bad NOW!  I see you have 100s of lanterns!!!”
“I’m sorry sir, I can only sell you one”.

This is the most ridiculous limitation in both games and it is NOT THEMATIC and it is NOT FUN. We house rule you can buy as much stuff as your money permits in one turn (we still only allow 3 cards to be drawn from the shoppes in AH).

(In my last game of Thunderstone Quest: I couldn’t win unless I got 3 lanterns to get to the bottom level, but I couldn’t buy 3 lanterns, even though it would ruin the town!!! Dumb dumb dumb rule.  With the house rule, I was able to get to the main Bad Guy and I still lost, but at least I went out trying … not shackled by some beauracracy).

I have to admit, the main motivation for this list was Aeon’s End and all of its brethren. I still like Aeon’s End: it made the top spot on my Top 10 Cooperative Board and Card Games (and see reviews of Aeon’s End, War Eternal and Aeon’s End: Outcasts). The main problem: the turns are randomly assigned between the players and the Nemesis. In each main round of the game, the Nemesis (the big bad you are cooperatively playing against) will go twice and the players will go four times. The problem: it is possible (and not completely uncommon) for the Nemesis to go 4 turns in a row!!! If the Nemesis goes twice at the end of a round and twice at the beginning of a round, the Nemesis gets off 4 attacks you can’t respond to. You just “watch” as you die because the bad guy gets 4 attacks which you can do NOTHING to respond it: IT’S NOT FUN. I became vaguely aware of this as I played the board game, but the app really pointed it out (as the solo game it’s even MORE likely, as the players only get 3 actions per turn instead of 4).

At the end of the day, we have a simple House Rule to mitigate this randomness: The nemesis is never allowed more than 2 turns in a row. If that would happen, we simply reshuffle. This one rule may have saved Aeon’s End from the scrap heap for me!! By just mitigating the random turns a little, the game become a lot more fun!