Alice is Missing is a weird little cooperative game where players play the game mostly on cell phones!   The rules are a little wonky (see review here), which is why it made Honorable Mention instead of the main list. At the end of the day, though, this was a unique experience that I did enjoy.

10. Decktective: The Gaze of the Ghost 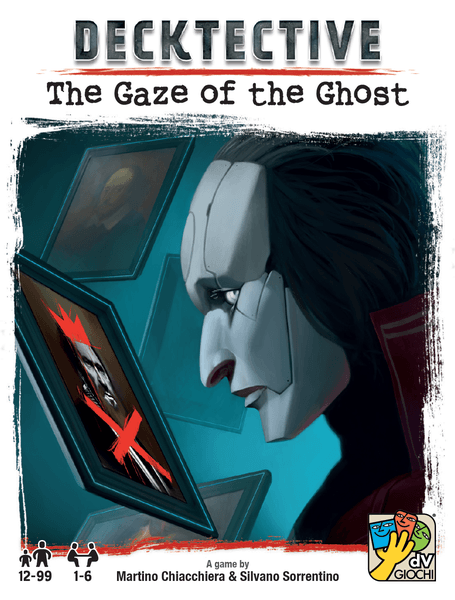 Decktective: The Gaze of the Ghost is a small cooperative game where players solved a mystery set forth in cards. 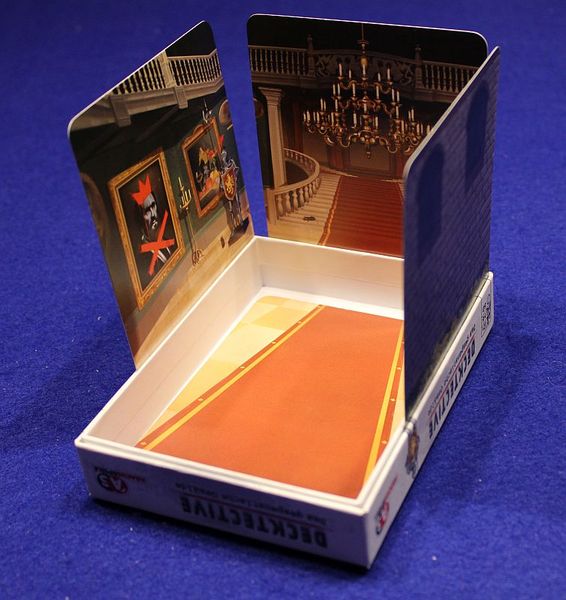 This game is so engaging because you set-up up the scene of the crime (see picture above) and work through cards, trying to figure out which cards and useful and which aren’t. This was a fun, light cooperative detective game that made the Top 10 Cooperative Detective Games.

Solar Storm is a small, light cooperative game set-in space where players work together to repair the ship.  The game was easy to play, easy to teach, and easy to set-up, yet there were some interesting decisions in this smaller cooperative game that kept it interesting.

Solar Storm fits the bill when you want a lighter cooperative game.  The game is in a small package, but the components are good quality and very readable (see above).  Fun game that doesn’t get enough love.

We haven’t gotten this to the table nearly as much as we hoped, but we did really like it!    The production is fantastic (see below)!

Forgotten Waters is a storybook game (making the Top 10 Cooperative Storybook/Storytelling Games) where players do some worker placement in a storybook game.  We tried playing over the Internet, but because there is so much state that has be shared between players, we couldn’t get it to the table unless we have camera on the board with one player maintaining the board (which was too hard to read).  Our initial plays were fun, but once we can actually play together, this game will probably go up! 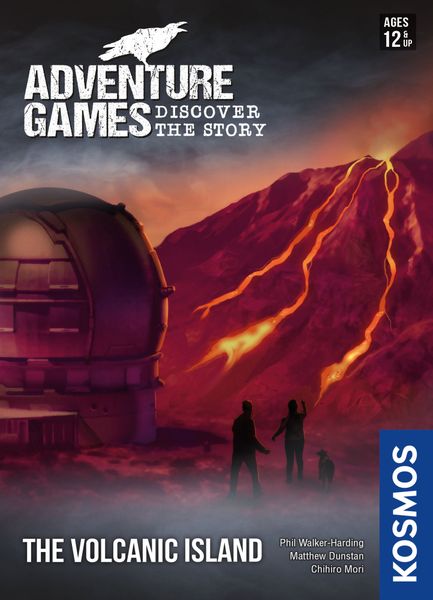 Last year, Adventures Games: The Dungeon made the #2 spot on our Top 10 Cooperative Games of 2019!  It was new and exciting and made us feel like we were playing a point-and-clink adventure game cooperatively!  Part of the reason it made #2 last year was because it was new and unique! The newest entry, The Volcanic Island is still fantastic, it’s just not as “new” this year.  This game makes the list because it’s more of the same!  Another feature of the game is that we can play this remotely over the Internet or in person!  We ended up playing remotely with two copies of the game: my friends correlated/copied my games and we made sure we were in sync.  Originally, we did this because we expected to alternate reading from the storybook, but then we found that Kosmos has an app that will read the text for you!  That made it that much easier to play the game over the Internet!  (See Top Cooperative 10 Games You Can  Play Online)

Wonder Woman: Challenge of the Amazons was more “mass-market” game that was/is available at Target.  Players play Amazons from Themyscira (the Island: their home) working together to protect the Island from one of three Big Bads: Ares, Cheetah, or Circe.  Each player has special power, and each Big Bad plays very differently.  I had a blast playing this solo! Unfortunately, because of COVID, I haven’t been able to get this to the table with my friends.  Between Wonder Woman: Challenge of the Amazons, Far Away (a 2-Player co-op), and Shipwreck Arcana, I explored into the Changing Perspectives idea.  This Changing Perspectives idea provides a way to solo in an imperfect information cooperative game: see blog post here.

I like the components (see above), even though it’s a mass-market game.  It’s a superhero game that I really enjoyed, and if I ever update the Top 10 Cooperative Superhero Board and Card games, Wonder Woman: Challenge of the Amazons would definitely be on that list. 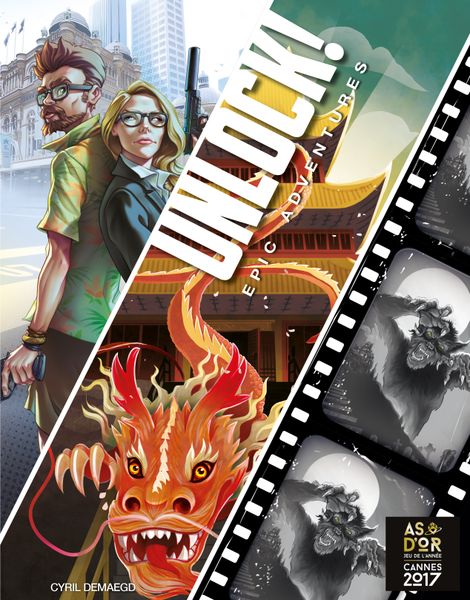 We reviewed Unlock: Epic Adventures here and really liked the first adventure, hated the second, and loved the third.  The third adventure is worth the price of admission alone!  It’s probably one of the my favorite escape room experiences of all time!  Recall that the Unlock series requires an app to run, and it’s still really doing some interesting things in that state.   This was overall, very fun.

Master Word is a cooperative party game where players work together to guess the word of the Oracle: we reviewed it here.  What made this game work so well was that it was fun in person (in a group together) or over the Internet (over Discord or Zoom).

Above, you can see a group playing in person, but see the review for how to play online.  Master Word is a fun cooperative word game best described as Mastermind meets Just One.

3. Escape The Room: The Cursed Dollhouse

We played this Escape Room game just after Halloween, and it probably should have taken the Top spot of my Top 10 Cooperative Spooky/Creepy Games!  We reviewed the game here and we had a fantastic time!  This creepy escape room game was one of the harder games we’ve ever played, but it worked so well because there were multiple puzzles that we could all work concurrently!  A frequent criticism of Escape Room games is that there’s only one puzzle and an Alpha Player tends to take over the puzzle, but this game did not have that problem!

Beyond the interesting puzzles, the toy factor was very high! When the little dollhouse is all set-up, it looks cool and creepy.  The game was hard and we definitely needed all 4 people to play the game well, but this is one of my favorite Escape Room games/experiences I’d ever had.

I think it’s a surprise to me that Marvel United ended up so high on my top 10 of 2020 list!  I reviewed the game Part I: here and Part II: here!  I liked it so much, I ended up synthesizing the “Best Heroes Awards/Stats” in Part II of the review!  I love Superheroes and I love cooperative games (see Top 10 Cooperative Superhero Board and Card Games), so this is not a huge surprise.  Marvel United is a gateway cooperative game: It’s easy to teach and learn, and it only takes 20 minutes to play.  Players really do work together using the storyboard system (where you reuse the previous cards symbols, so it takes some cooperative planning to use the symbols effectively).  The miniatures are pretty awesome (see below) for a $30 game you can get at Walmart.

Marvel United is not a hardcore cooperative game, but everyone I have played liked it.   There’s a lot more content coming, so if you like this game, there will be plenty more in 2021.

This is probably a surprising top spot! But, I adore mystery/detective shows and games (see Top 10 Cooperative Detective Games) and this one really hit it out of the park: See my review Part I: here and Part II: here. Players work together to solve 1 of 4 mysteries, following along in 4 distinct graphic novels (each specialized for a specific character: see below).

Part of the reason this worked so well was that we were able to play this over the Internet VERY WELL: all I had to do was physically pass out a book to each player beforehand, and then we were able to play over the Internet. This game made my Top 10 Games You Can Play Online because it played so well! In the end, playing over Discord was a .. magical experience, especially the third adventure! The experience was engaging and I forgot my friends weren’t even really there! It felt like they were because the game encourages cooperation so well! In a wonky year like 2020, where everyone had to stay home, Sherlock Holmes: Maker Street Irregulars game me a wonderful experience of cooperation and deduction that made me forget how wonky 2020 was. That’s why it is number 1.