This week, we’ll take a look at our favorite fully cooperative games that are space themed!  As per Saunders’ Law, we’ll address if there’s a viable solo mode included in the game! 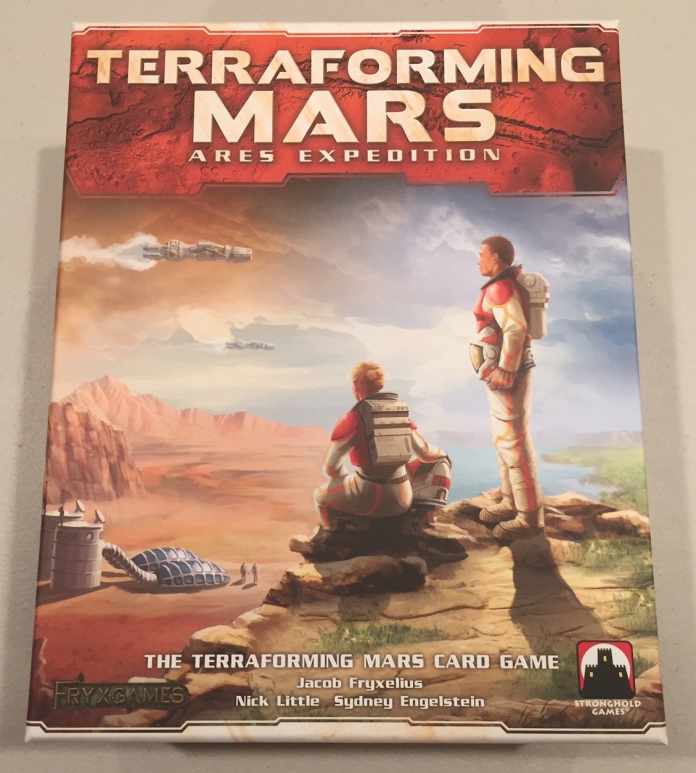 Solo Mode? Yes, included with the game (scales well with the original rules).

The Daedalus Sentence is a very cool looking game with a “toy factor!”  It has concentric rotating rings that presents a prison from which the players must cooperatively must escape!

The setting of the game reminds of the prison from The Marvel movie Guardians of the Galaxy!  Although I liked this cooperative game (which had some Player Selected Turn Order and a cool setting and some cool aliens), my friends didn’t like it as much as me (see our review here) which is why it makes our number 10 spot!

Solo Play? Kinda, sorta, if you use our Changing Perspectives idea

Far Away is a very strange cooperative game for ONLY two players which we reviewed here.  It’s about a team of two space explorers who have landed on an alien planet to explore.  It has some interesting and difference mechanics for limited communication, but playing the monsters can be a little difficult.  Overall we liked the game, but it’s so hard to get to the table because it was really only for two players and the rules are a little complicated. 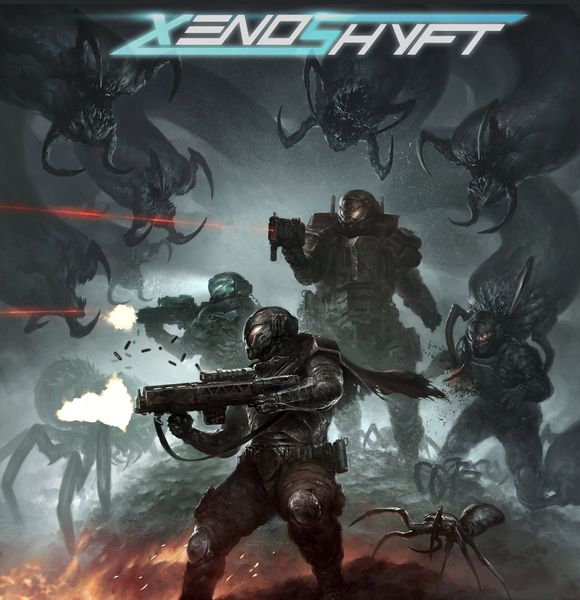 We liked Xenoshyft enough that it made our Top 10 Cooperative Deck-Building Games here!  It’s a deck-building game for 1-4 players, but it really works best with more than one player, as players really do work together well.The game very thematic as Space Marines fighting aliens.  It’s also extremely hard, as you truly have to embrace the culling of your deck to do well, which is why it’s only in the number 9 spot. 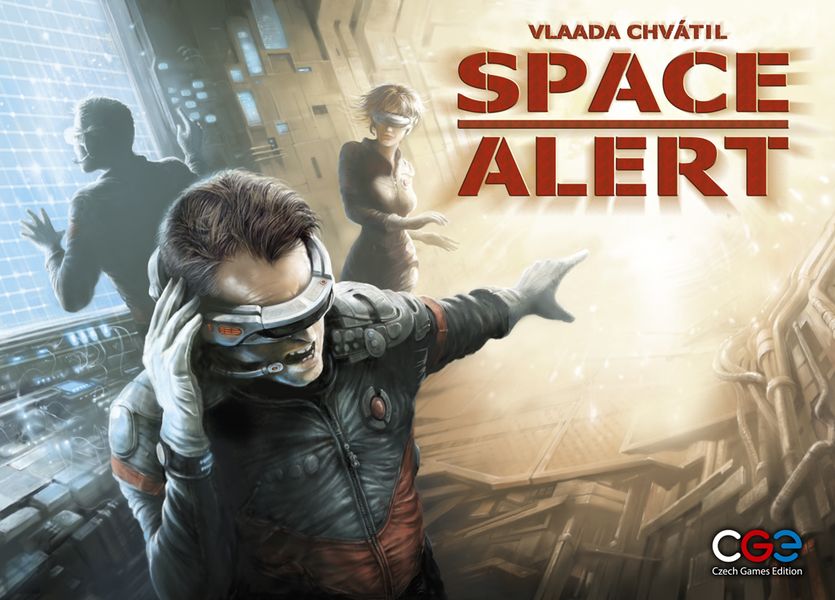 Space Alert is an real-time cooperative board game.  This is an older game (from 2008) and it comes with a CD!  Players listen to the CD and in real-time, players place cards to perform certain actions … and they hope they are doing them in the right order and at the right time!  Then, you “replay” you actions and you how well, or hilariously, how poorly you did as a group! 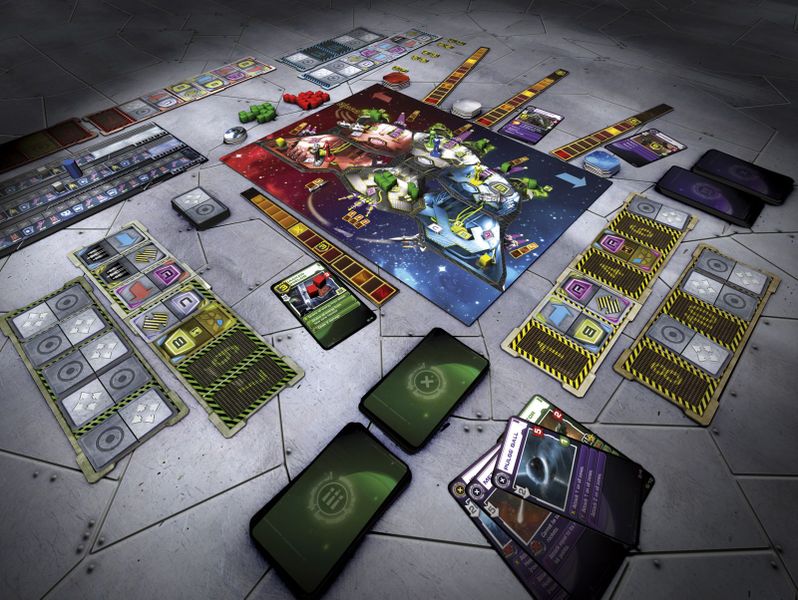 This game took over our game groups for a short time in 2009! We even talked about playing it at work during lunch (Jeremy, remember that?).  It seems to have gotten lost in our collection, but it’s still a real fun cooperative real time game set in a Space Station. 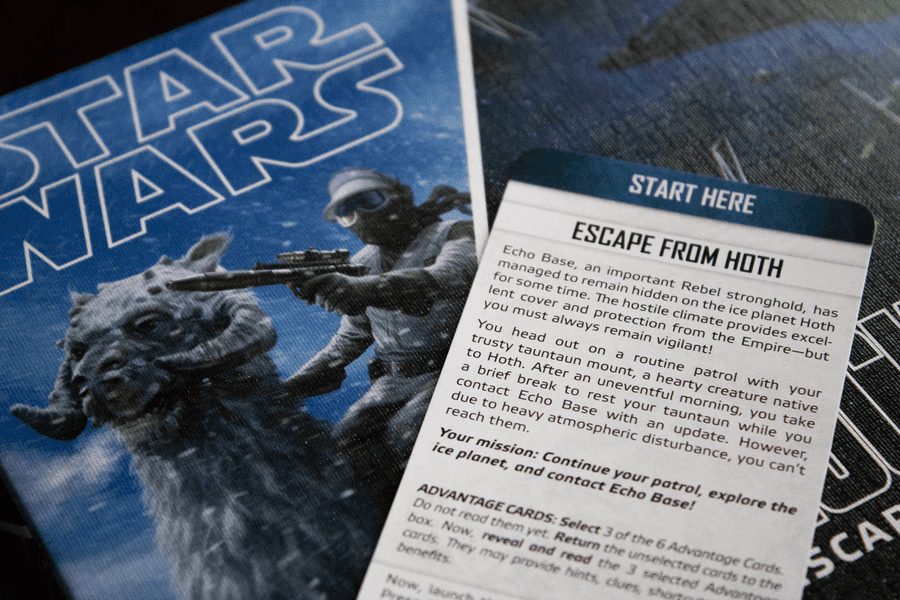 We don’t want to give away too much, but the game gives you that Star Wars/Space experience in three Escape Room style games!

This is a reimplementation of Castle Panic, a simpler cooperative tower-defense game, usually used a introductory cooperative game for kids.  Star Trek Panic ratchets up the complexity just a little bit and delves into the Star Trek theme!   In Star Trek Panic, Klingons and Romulons are attacking the Enterprise and their attacks whittle down the shields.  The game has stills from the original Star Trek (Kirk, Spock) and the explosions on the shields are so thematic (see below)!  Even though this is a retheme, this really embraces the Star Trek (space) theme really well!

Star Trek: Frontiers is a re-imagining of The Mage Knight game in the Star Trek universe.    We reviewed it here!  It really encompasses the Star Trek of the Deep Space Nine and Star Trek: The Next Generation universes.  Star Trek: Frontiers is a big cooperative game (well, Cartman Cooperative) where you explore, fight, and make lots of tactical and strategic decision!  It’s a little hard to get to the table because it’s big and has lots of rules, but it really does embrace the space theme. 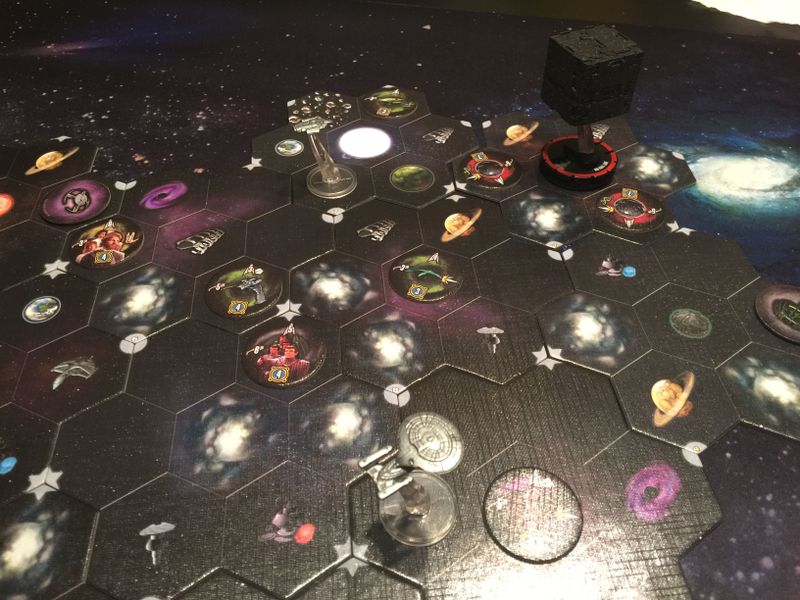 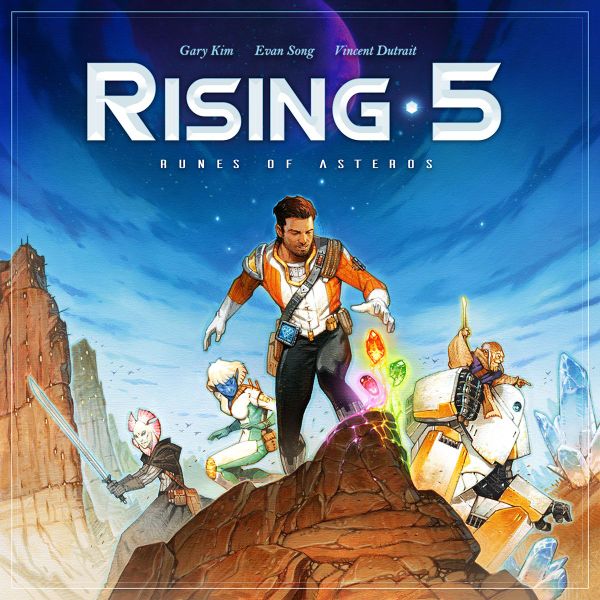 Rising 5: Runes of Asteros is a cooperative space-themed game for 1-5 Players.  It’s basically cooperative Mastermind, using an App to handle access to the hidden information in the game.  This is a simpler game that only takes about 20 minutes!   It’s one of the simpler games on this list, but it’s very easy to get to the table.  The art of Vincent Dutraite is fantastic and makes it easy to pull out and play with your friends!  We did a review here and really enjoyed it! 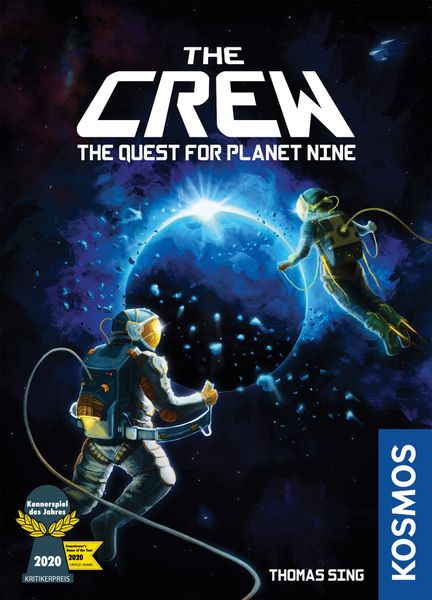 The Crew is a cooperative trick-taking game for 2-5 players: It’s a hidden information game, where players try to accomplish missions together in the course of a trick-taking game.  The space theme is a little weak, as it’s still a trick-taking with some “spacey” graphics (see below), but the game is very good!  It won the Spiel Des Jahres award for best game in 2020!

1. The Captain Is Dead 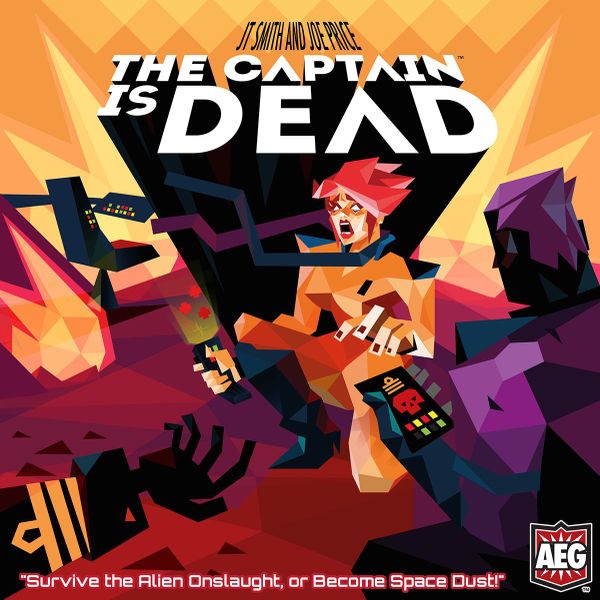 Solo Mode?  Yes, one comes built in, but we think we have a better one here!

There was no question what was going to be the number 1 Space-Themed game on this list!  The Captain Is Dead is a fantastic game which we discussed in 3 separate blog entries (Review: Part I, Solo Rules: Part II, Final Thoughts: Part III)!   It’s one of our favorite solo games, it also happens to be our “goto” cooperative game for 5 players!  It also works well at 2-4 player counts!  The Captain is Dead is a cooperative game set in a something-very-much-like Star Trek universe!  Players work together to get the Warp Drive working, while keeping the ship from being overrun by Aliens! 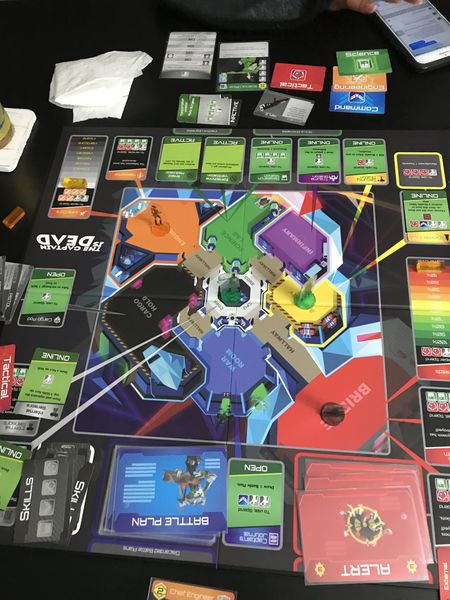 The game is a very fun, just a little bit silly (as it makes fun of the Star Trek tropes a little bit) but one of my top 10 favorite cooperative games of all time!