Recall that we did the Top 10 Cooperative Detective Board and Card Games here: we could have also called that list Top 10 Cooperative Heavy Deduction Games because many games on that list are heavier deduction games. This list here concentrates more on the lighter cooperative deduction games that are easy to bring out in a group. When you want something quick and simple, try one of these!

Crack The Code has interesting ideas with hidden elements moving around the board.   Player have to get the proper colored balls to each player.  The components are little rubber balls that go from player to player and can generally only move left and right.  There are a few component issues (sometimes the little balls get stuck), which is why this is number 10, but there are enough interesting ideas in this light deduction game to make it worth a look. 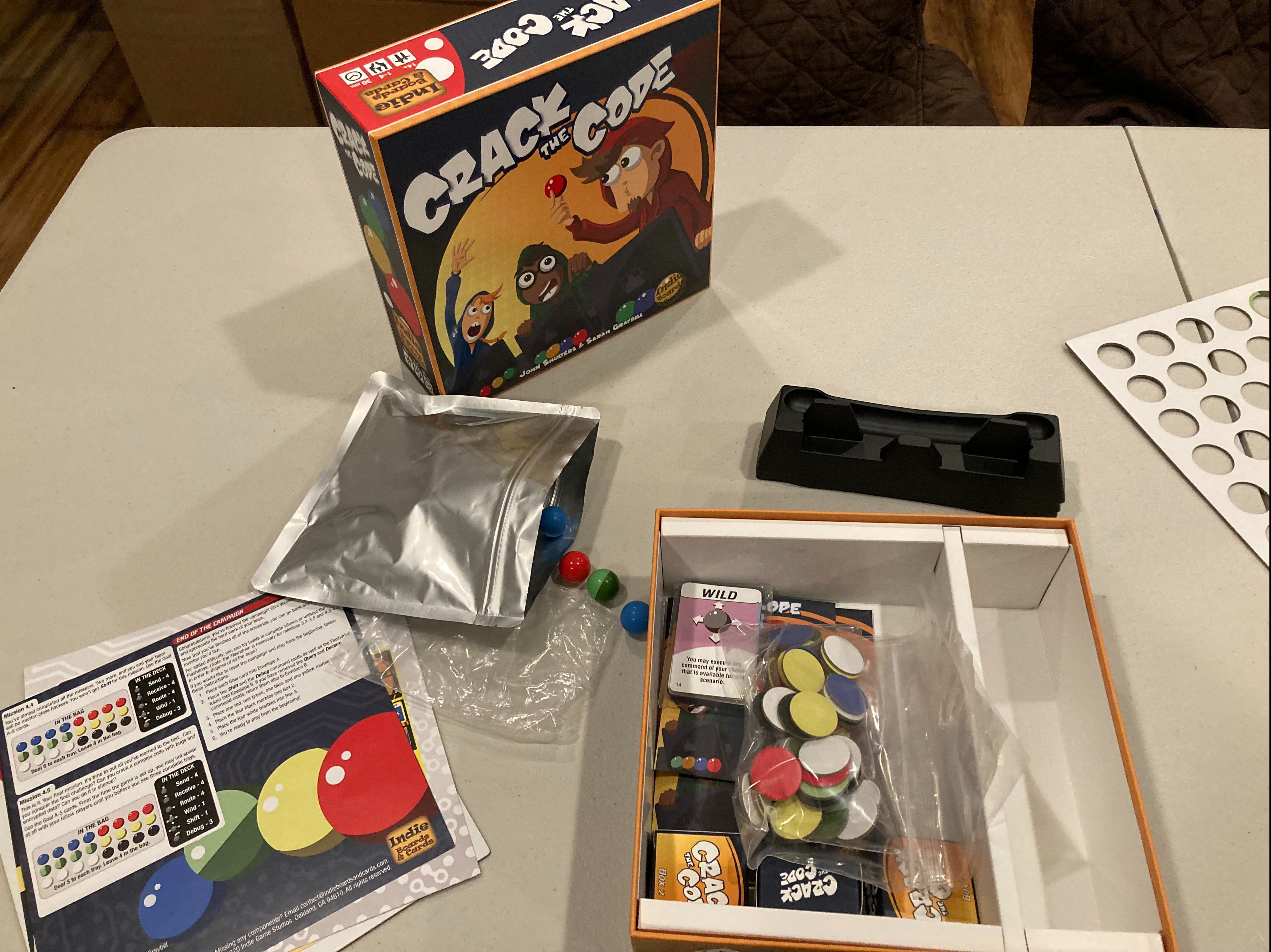 The only reason that Mysterium is number 9 on our list is because the deduction is more inference and guessing than other games on this list.   But Mysterium is so fun, it has to be on this list!  One player plays the ghost, giving clues to all the other players.  These clues (clue cards) are meant to help the players guess aspects of the ghost’s murder!   Using these clue cards, which are crazy and wild pictures, (see some below) players try to “deduce” what the ghost is trying to communicate!  It’s so hard to be the ghost, but ultimately very rewarding.  Some players may like Mysterium Park better: it’s essentially the same game but a little more streamlined. 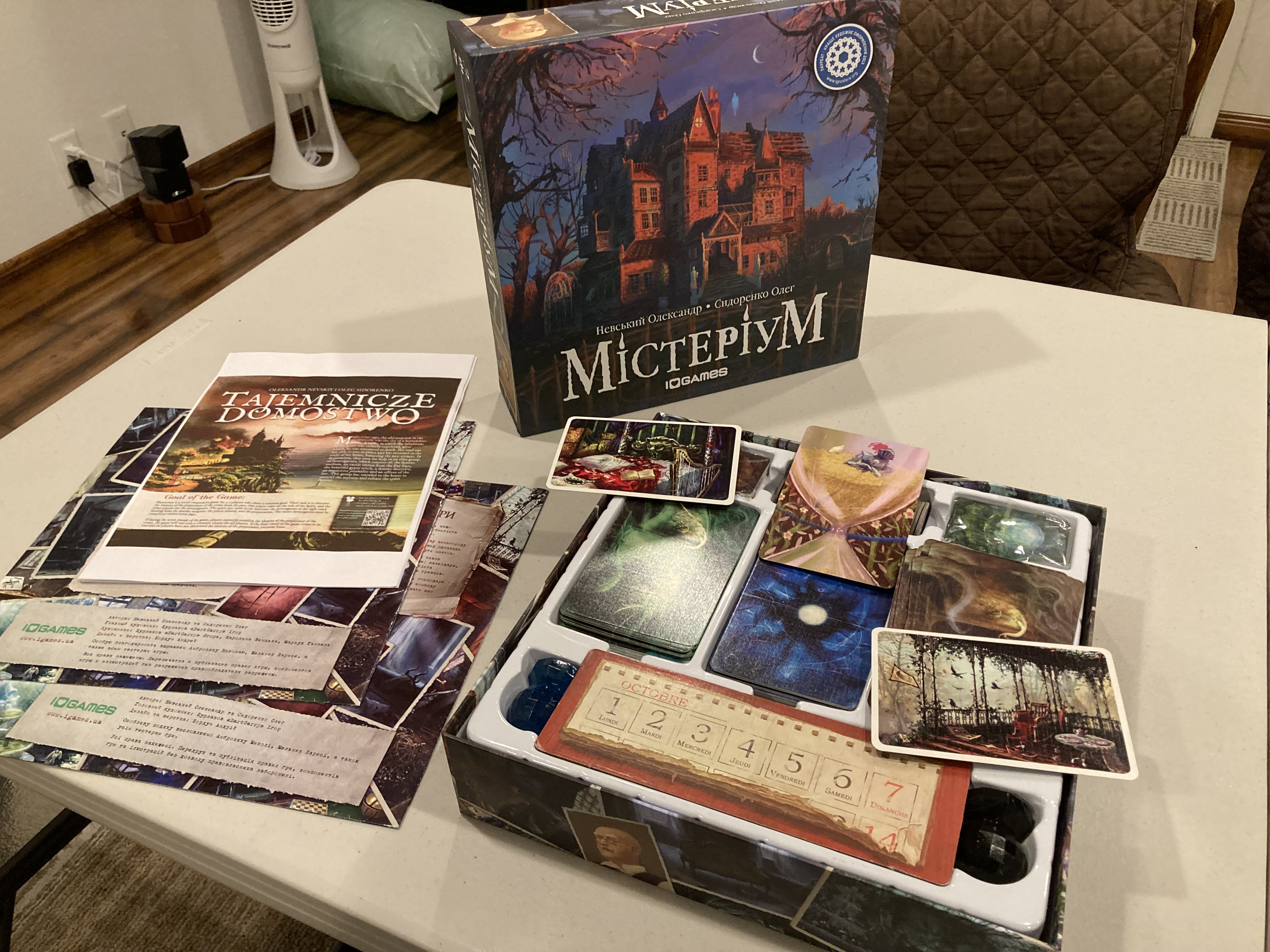 Speaking of Mysterium Park: This game offers a very similar experience to Mysterium, but in a streamlined fashion.  The game center on a carnival setting, with creepy/spooky cards in that world.

A game of Mysterium Park only plays in 28 minutes, but has the same creepy and weird cards that Mysterium does.  It’s also a much smaller box! 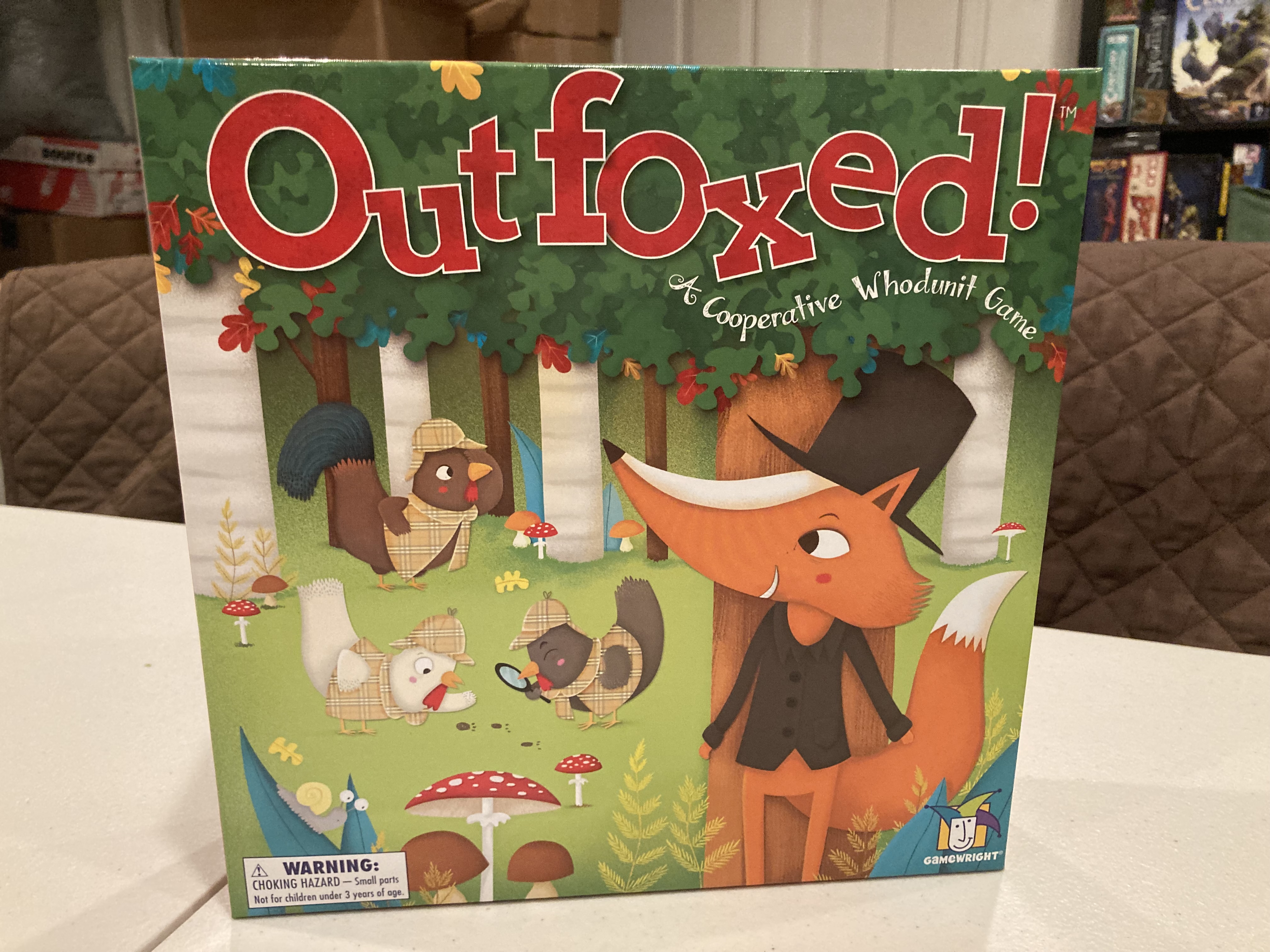 Outfoxed is a very lightweight games, mostly for kids but still a fun deduction romp you want something very simple.  The ages of the game are labelled 5+: I could easily playing with my young nieces. But, I could also see this being an end-of-the-night game when you want something light and fun.

The components are nice, and it even has a little toy factor with the orange clue looker-upper! 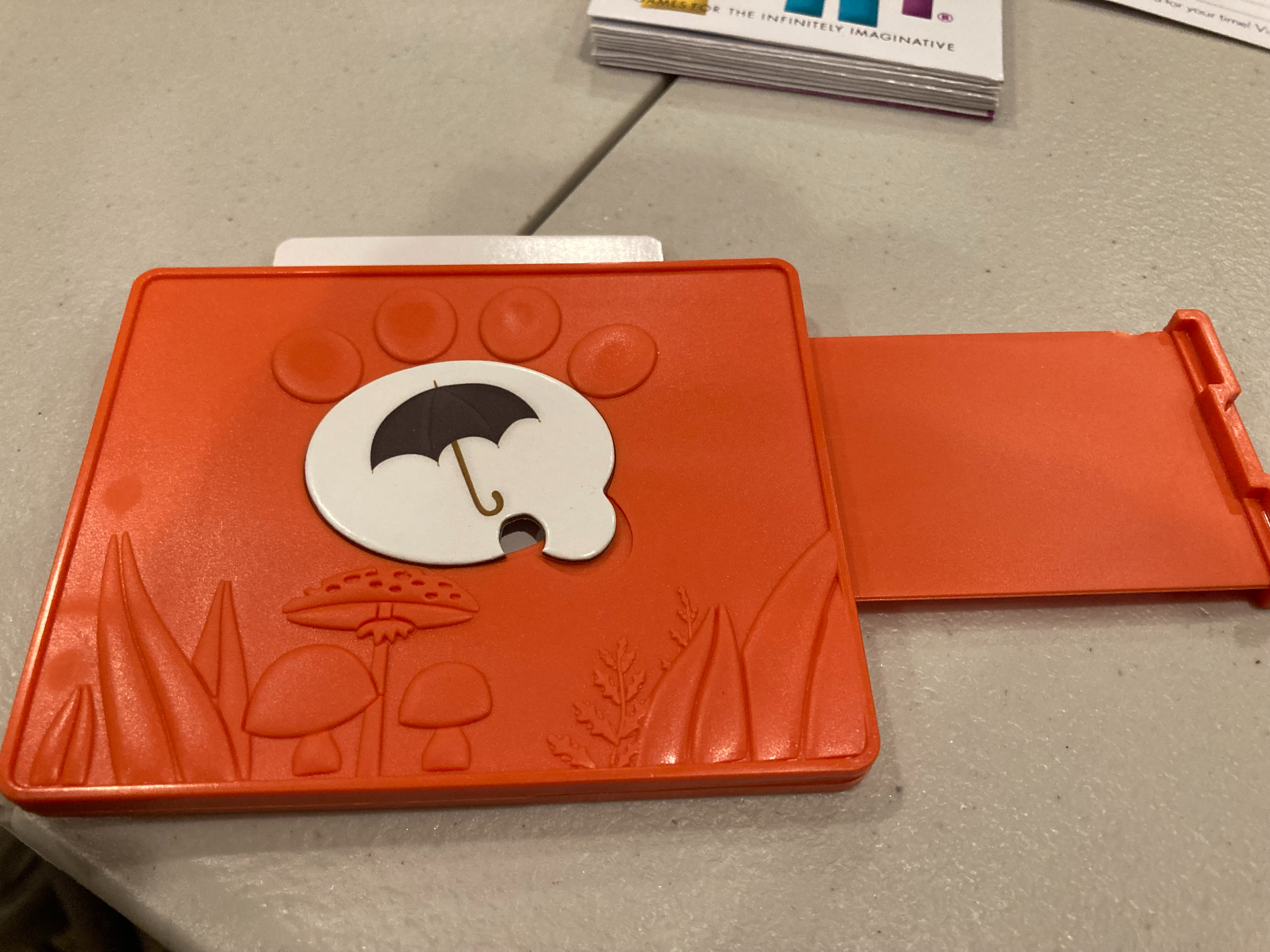 Overall, we had a nice time playing Outfoxed, even if it is a little lighter. 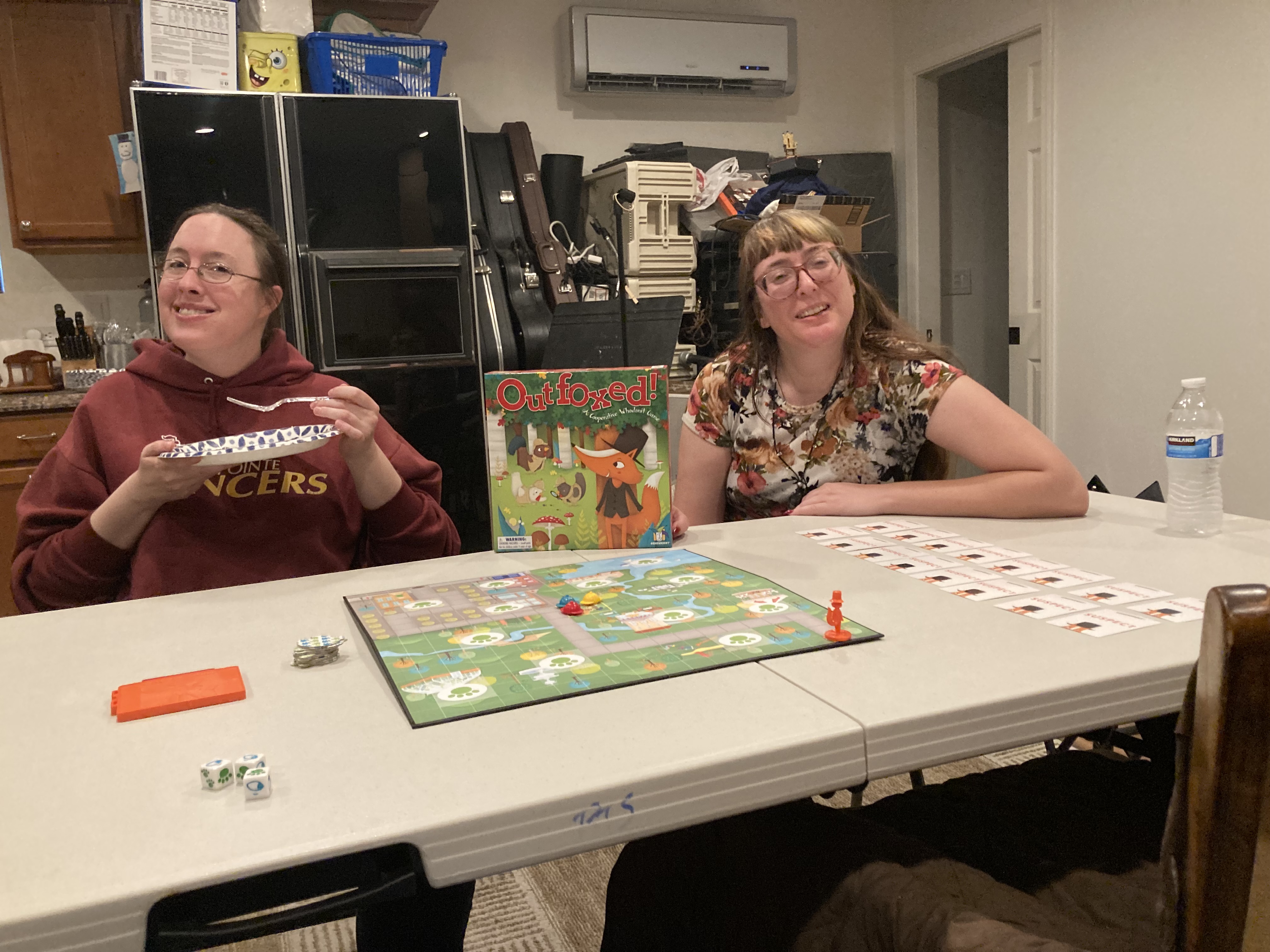 We reviewed 5-Minute Mystery here some time ago: this game is only 5 to 8 minutes per session, but has a major toy factor with the codex the players use.  This game is a combination of “find the hidden symbols” and “deduction”.   I didn’t think I’d like the hidden symbols portion, but it was fun and worked great in a cooperative group setting.  This is a fun, light deduction game with a cool plastic codex! 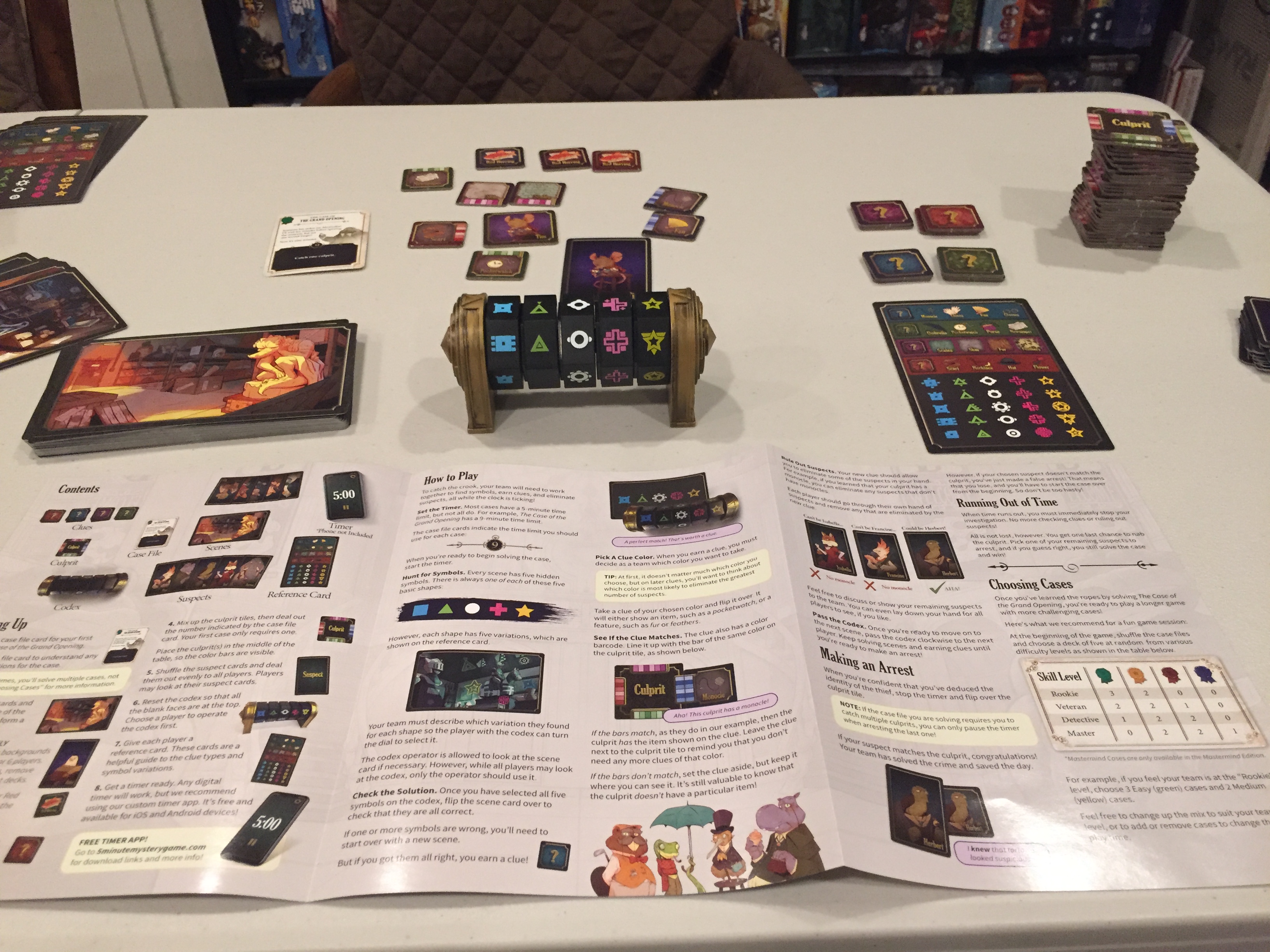 Stop Thief!  is a cooperative deduction game by Restoration Games.  The original 1986 game was one-vs-all, as one player played “the thief” moving around the board, and others had to try to catch him.  When Restoration Games “restored” this game, they added an app which can play as “the thief”, thus allowing the game to be played fully cooperatively.  Players work together to deduce where the thief has been so they can try and catch him.  This is a fun little puzzle with the thief controlled by the app!  Stop Thief! also made our Top 10 Cooperative Board and Card Games with an App! 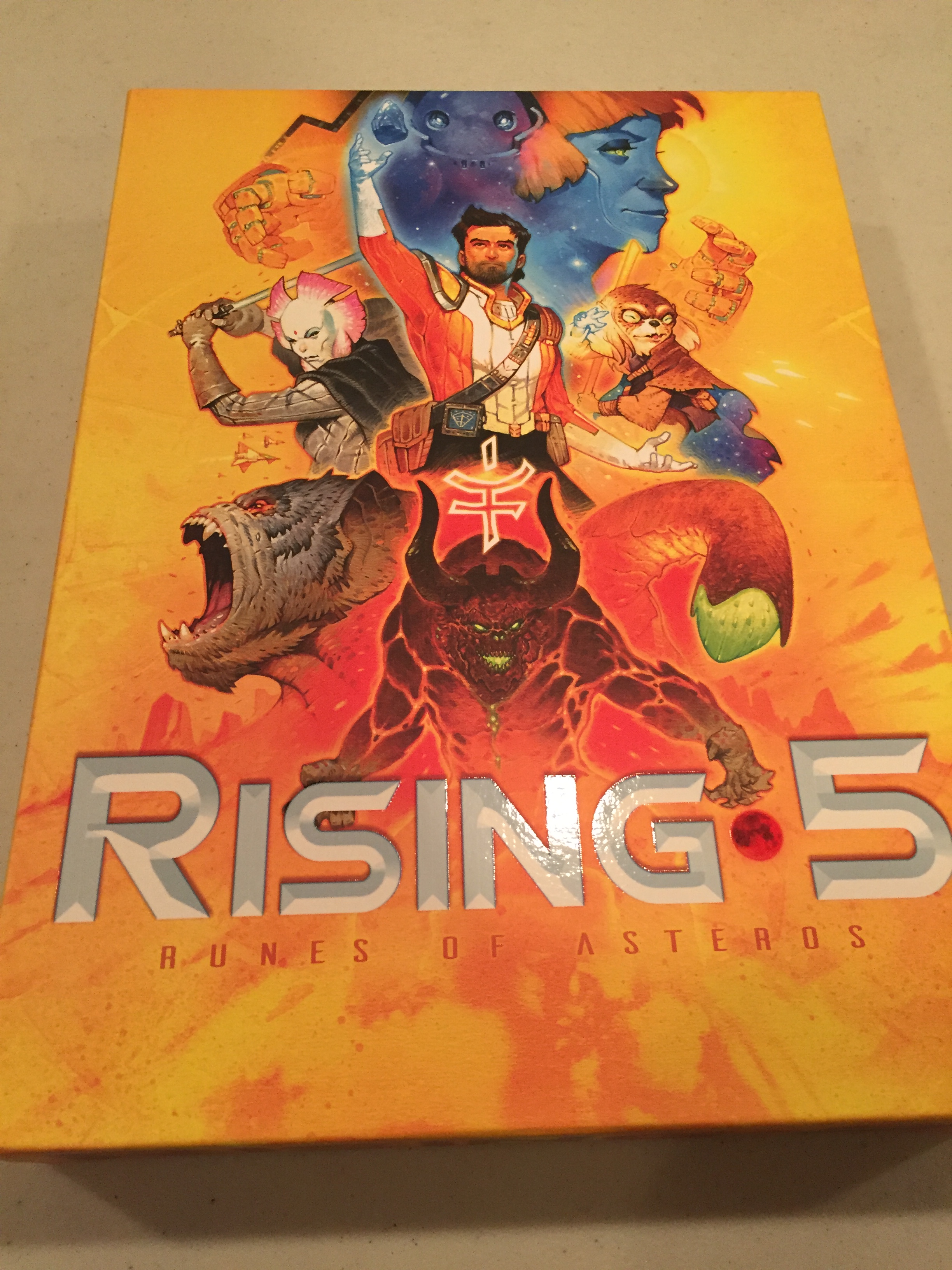 Rising 5: Runes of Asteros is an older game which we reviewed here.  It’s essentially a cooperative version of Mastermind, where players have to work together to deduce some symbols.  This game is set in a fantastical space setting with Vincent Dutraite art and  it simply looks fantastic.  The game is run by an App giving out clues to the players as they try to guess the symbols.  A player can sit out and you can play without the app if you like, but the App is great! You can can scan your board with your camera and it will give you the hints you need to deduce!  This is a light game that can be played in about 20 minutes.  It also made our Top 10 Cooperative Board and Card Games with an App!

Paint The Roses is a deduction game by Ben Goldman where players have to guess the symbols on each others cards.  If you don’t do it quickly enough, the Queen of Hearts comes around and chops of your head!   We originally reviewed Paint the Roses here!

This is a silly deduction game for 2-4 players with beautiful art by Jacqui Davis.  The deluxe version has beautiful plastic components.  This game is interesting because you can go as shallow or deep as you want in your deduction: do you use just positive information or negative information as well?  See our review here for more discussion! 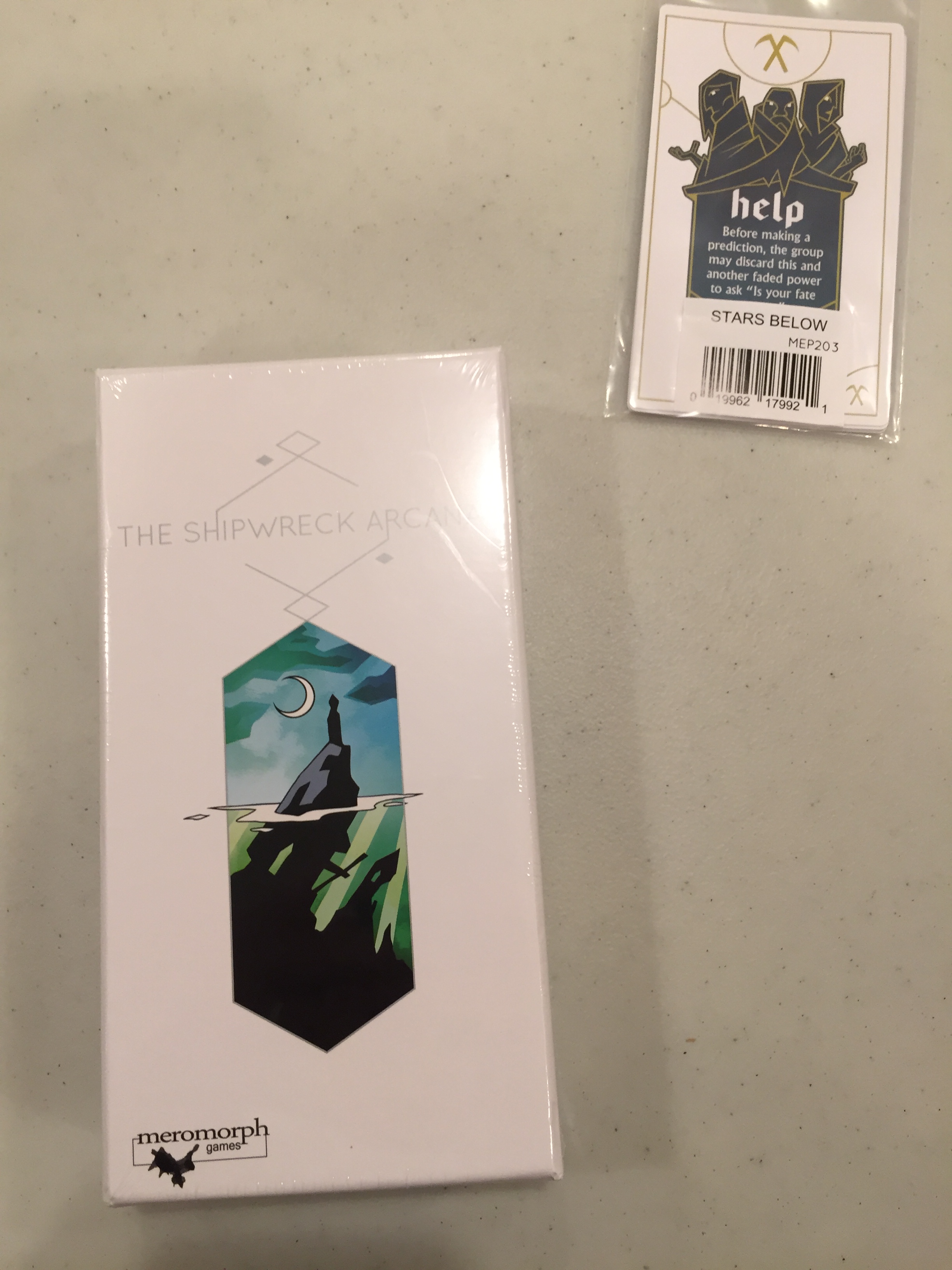 We reviewed Shipwreck Arcana here some time ago, but it has become a favorite game here at Co-op Gestalt! Shipwreck Arcana inspired us to develop the Changing Perspectives idea and also made the top spot on our Top 10 “Small” Cooperative Games!  Shipwreck Arcana is a very pure deduction game where players can only use the information on the board to guess what number is hidden for each player.  It’s a fun and light deduction game, but it can be very thinky.   Some might have trouble with calling this a “light” game, but at the end of the day, there’s not too much too it!  Just some cards and a few things you can do on your turn: it’s just that this is probably the thinkiest game on this list!

Hanabi is an older cooperative card game, but it is such a tight and clever deduction game!  It’s probably the lightest physical game on this list, as it is just a small deck of cards (see below), but it may be the heaviest in pure deduction.  Hanabi is the definition of a hidden information game, as each player can see all hands of cards except their own!  Players can only communicate in very strict terms: “You have a/some [color or number]” and that’s it!  It’s pure deduction and won the Spiel Des Jahres game of the year in 2013.  This game took my game groups by storm in 2013 but it still gets played to this day. 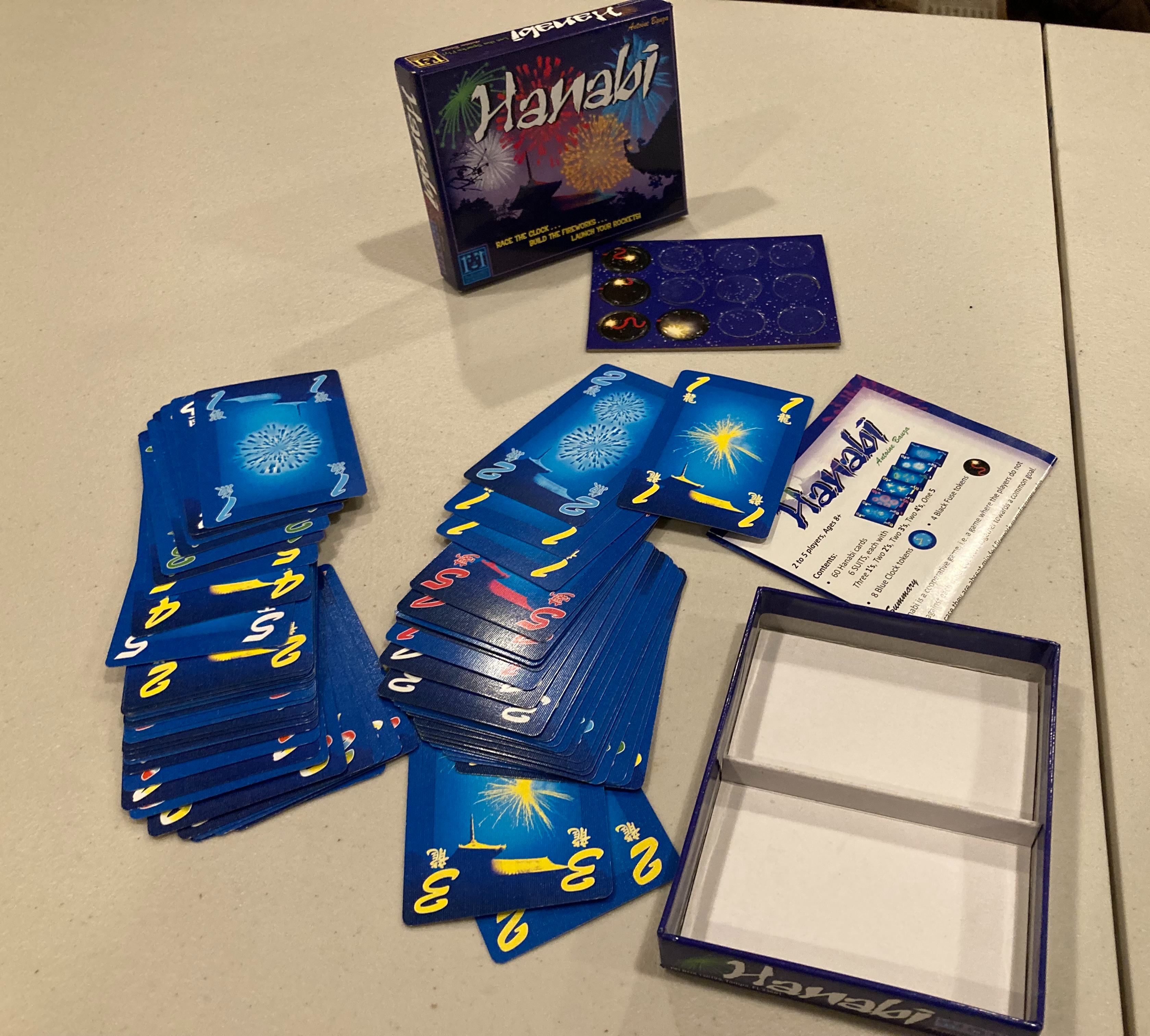