Sometime ago, I wrote a blog post called “Fastball Special” about Player Selected Turn Order in cooperative games.   The idea is simple: why can’t players select the order they get to act in a cooperative game?  It’s another place players can work together to get optimal results.  I have been buying lots of cooperative board games over the last year.   It’s been almost 2 years since I wrote the “Fastball Special” entry!   And I have only found 3 (well … 2 and half …) games with Player Selected Turn Order!  And none of them are well known games!  Here’s the ones I know of.

I kickstarted this game quite some time ago and gave a review here.  This is the first game out “in the wild” I found where players could actively choose the order to use their action points.  Every player gets 4 action points, but you can use them (among the players) anyway you want!  You could even intersperse your actions among the actions of other players.  It was very cool!  But, in my plays of the game, we didn’t seem to take advantage of this.  Or rather, we didn’t seem to NEED to take advantage of this.  So, it was cool, but it wasn’t clear it was necessary to win.

Sharknado: The Board Game 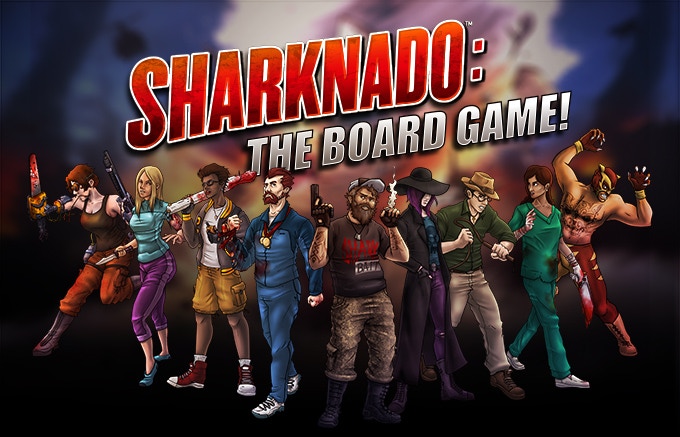 Yes, you read that right.  There was a Sharknado: the board game.  But … this was a Kickstarter  that didn’t fund.  So, I count it as “half” a game.  According to the web site, they still plan to release this!  But I haven’t seen anything about it.  Anyway, here’s why it caught my eye at the time:

No specific turn order – The game plays in two phases: the Player phase and the Sharknado phase. During the Player phase, you and your team can take actions in whatever order works best for your strategy.

How cool!  But … I never saw how well it worked.  Because, at the time of this writing, it still hasn’t come out.

Yeah, the game I made.  It one of the central mechanisms of the game: players go in any order they can in the Player’s Turn phase:

On the Players’ Turn, they can choose to go in any order they want.  For example:

Players decide they really need goods in the Warehouse.  If CP goes before Henry, CP can give Henry the card he needs!  CP Junior goes first and gives Henry Hall a Distributor card.  Then, Henry Hall plays the Distributor, using his special power to get one more good to the Warehouse.

Sometimes, you don’t need this extra flexibility, but sometimes you do!  Take a look at this review from kh-km.com for further look and discussion of this.

Are there other cooperative games I have missed (heck, I’ll even take semi-cooperative) with this mechanic?

One thought on “Player Selected Turn Order in Cooperative Games”