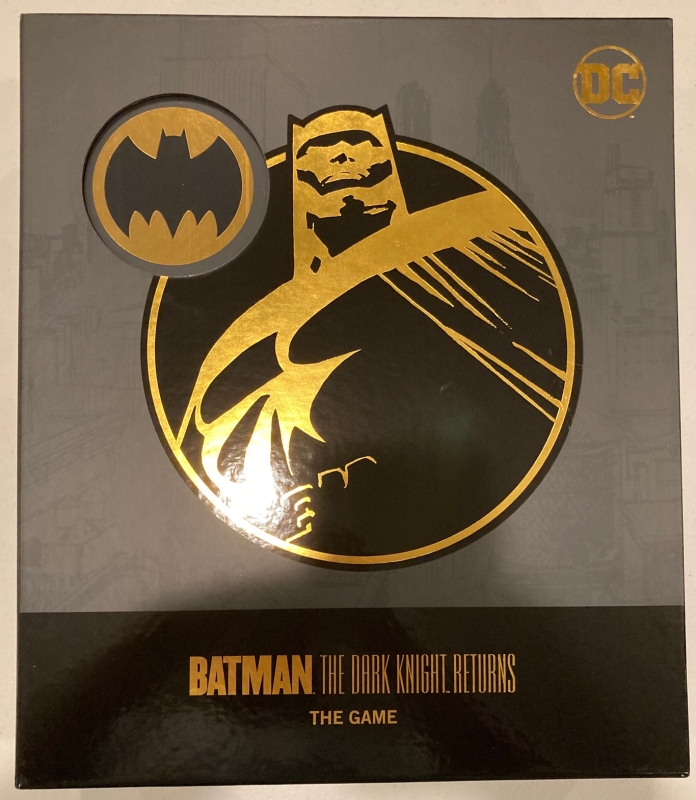 We recently reviewed Batman: The Dark Knight solo board game (see here). One thing that seemed very weird in the game was how much choice the player had to make decisions when there was an ambiguity. It really got us thinking about how we resolve ambiguities because so much of Batman lets the players choose. 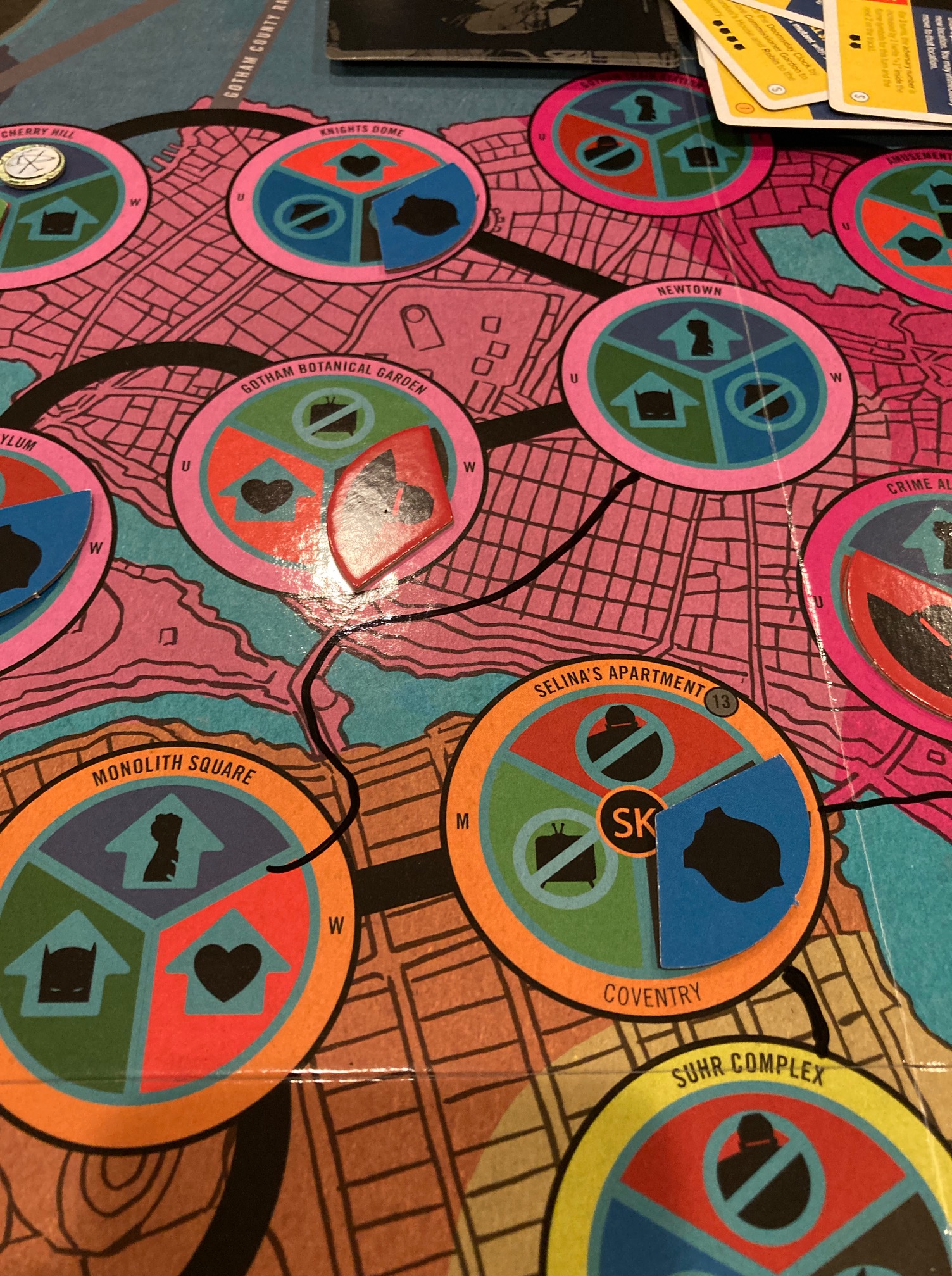 For instance, when placing a bad thing on the maps, each Location has three types of bad things and the player simply gets to choose which one! (See above). Or, sometimes you place things in a region: a region has multiple locations, so you get to choose which Location in a region! (See below: the region is specified by the little token next to the GCPD track). 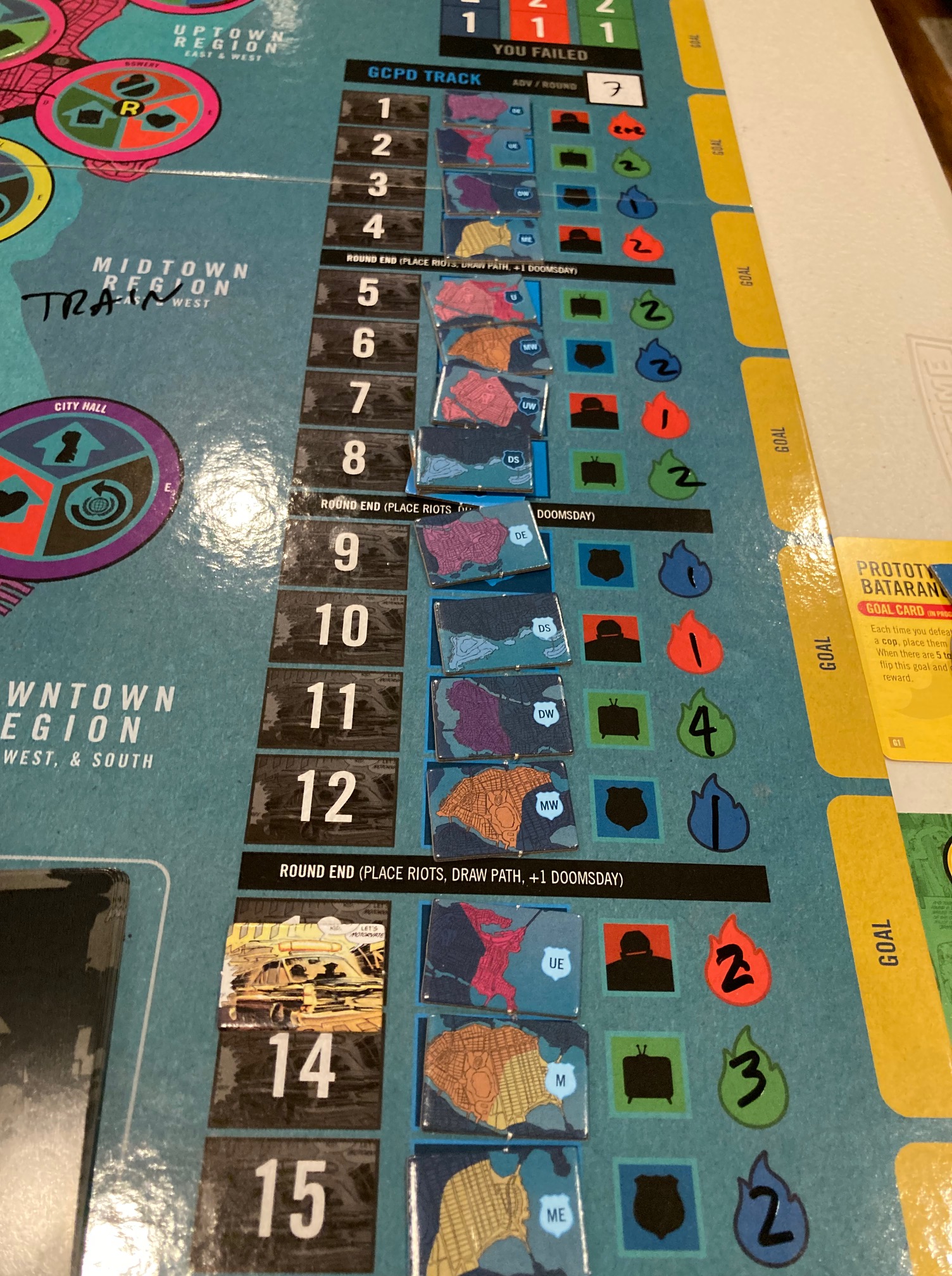 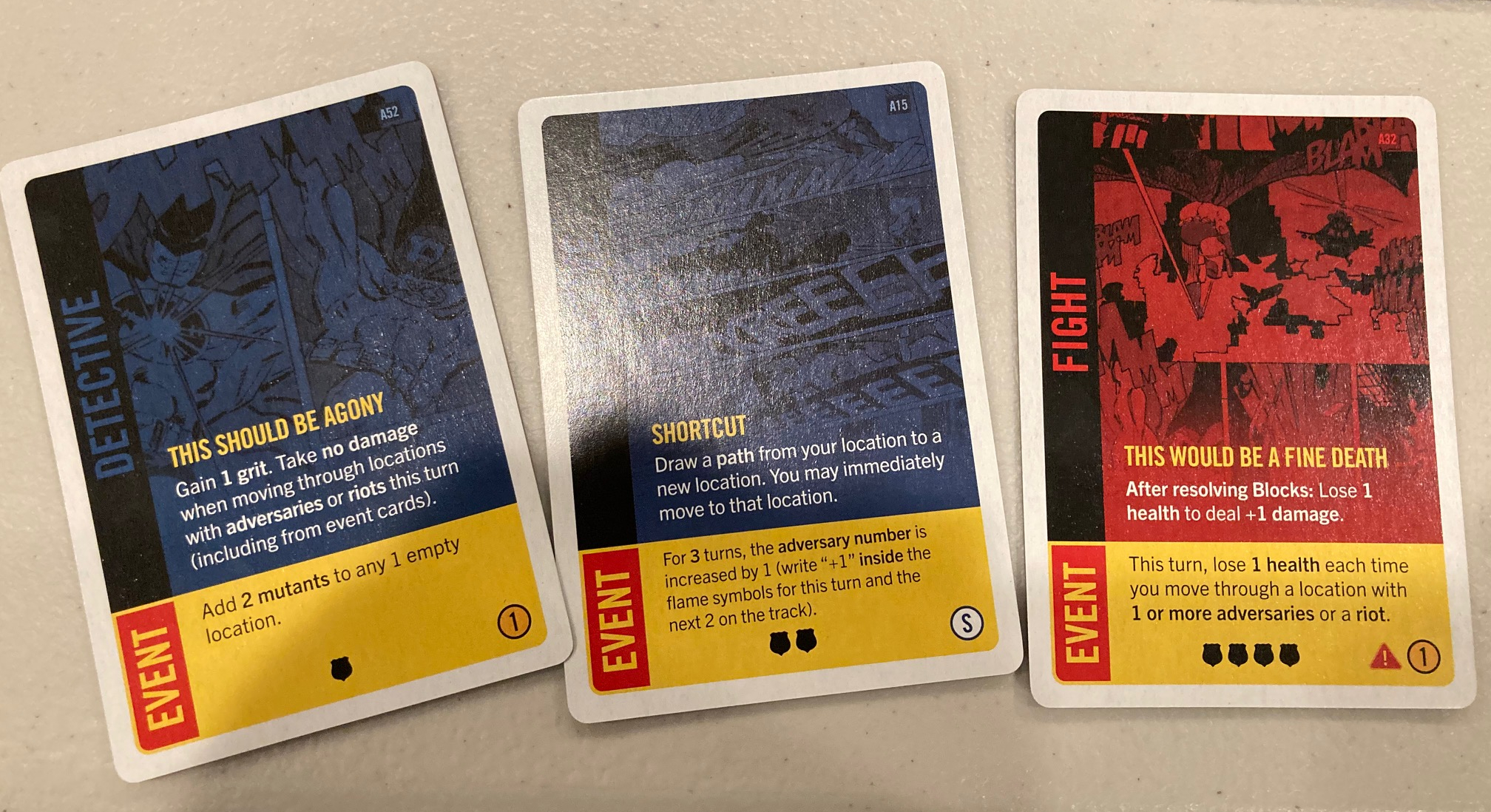 Of these three player choices, we found the Event/Detective choice incredibly thematic! It represented a mature Batman having to make the best of a very bad situation: sometimes you have to choose to survive certain Bad things just to move forward. It was incredibly thematic for a dark Batman game.

But, the other two player choices felt … lazy.

I am being intentionally negative about this to make a point: there is a lot of ambiguity in the game and most of the time Batman: The Dark Knight Returns chooses to let the player decide. The alternative is to make a rule system that resolves every ambiguity: in a game full of lots of rules already, you can imagine that would really weigh it down.

Marvel United: Days of Future Past 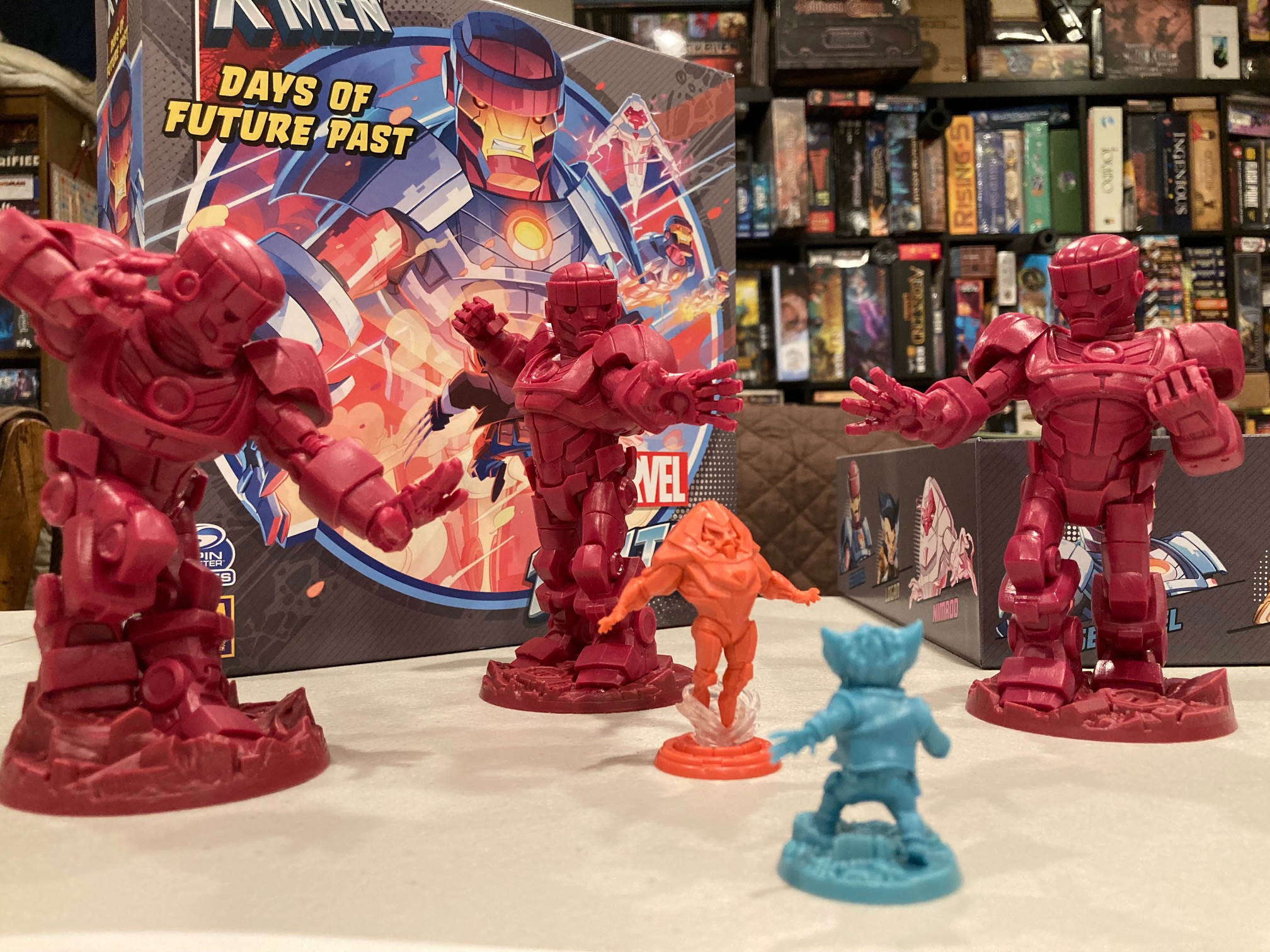 Batman: The Dark Knight Returns is a fairly complicated with lots of rules, so maybe it let the player decide things to simplify the rules.  But there are ambiguities of this type in most cooperative games! Even the simpler superhero game Marvel United has to deal with ambiguities:  we reviewed the expansion Days of Future Past here fairly recently. 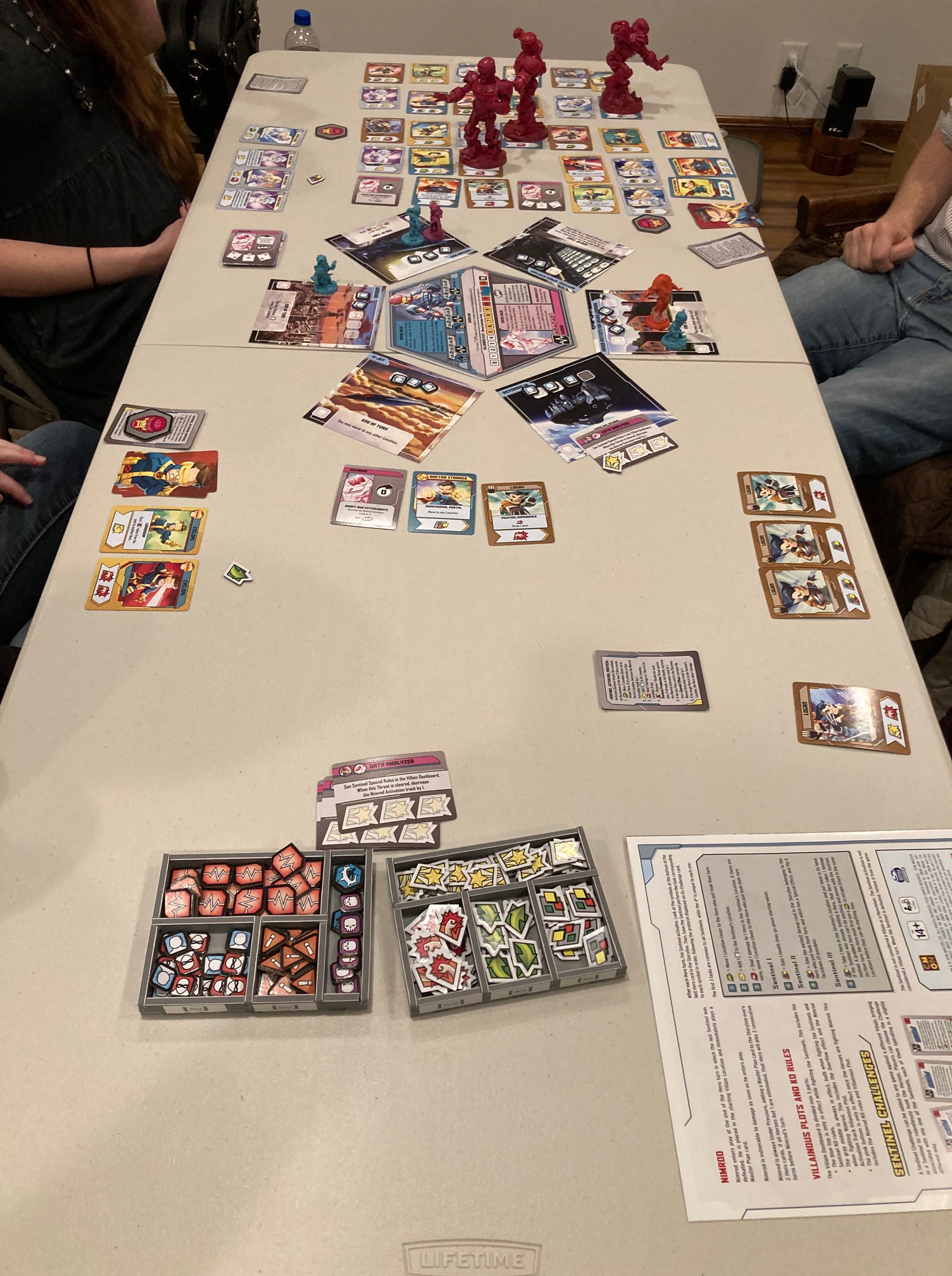 When a Sentinel would move towards a hero and it is the same distance away on the left and the right, what do you do? In this case, there doesn’t seem to be a rule for it, so “players choose”. 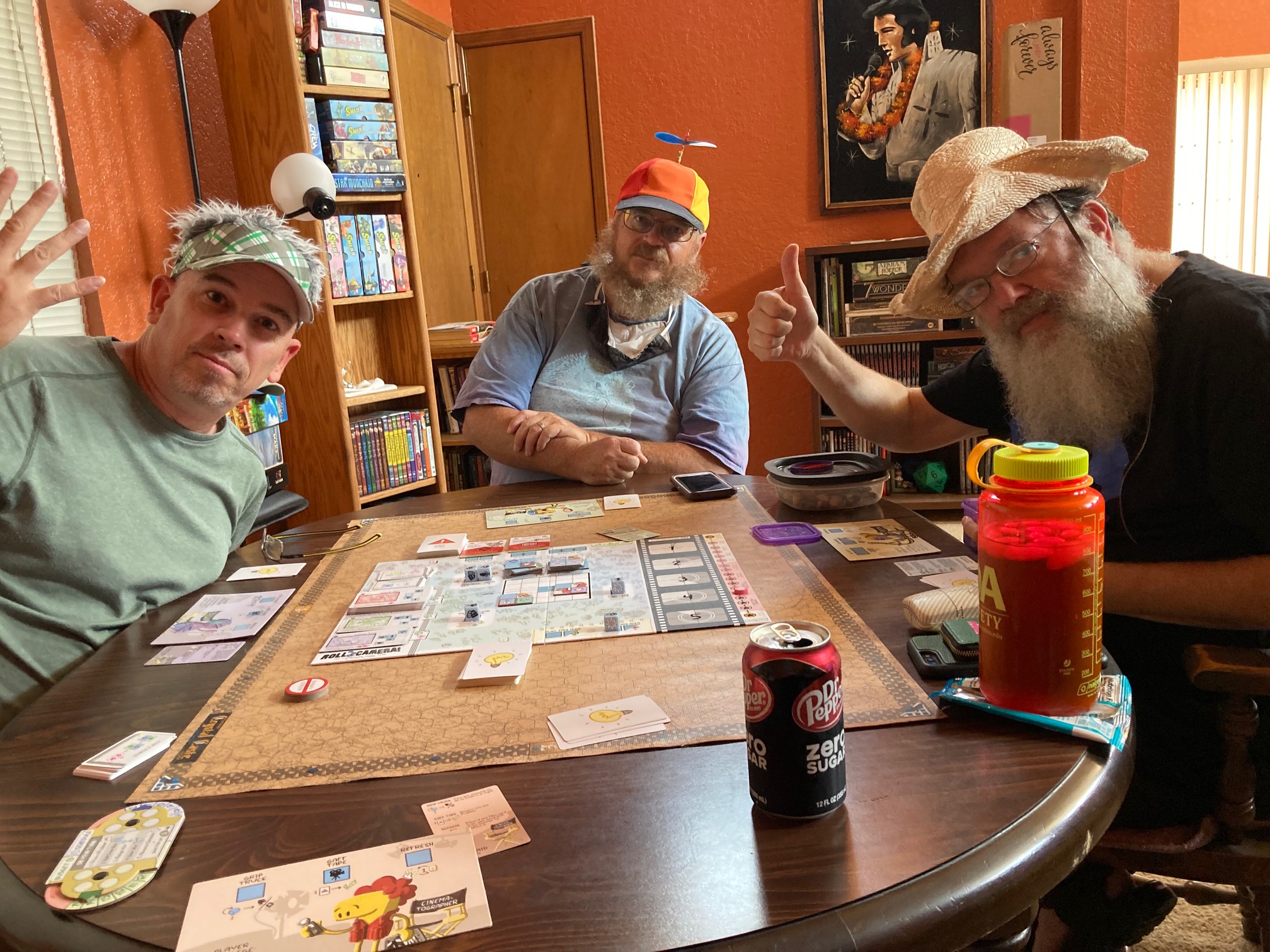 I mean, we saw all sorts of issues with the rules in Cantaloop: Book 2 (from a few weeks ago, see here): it desperately needed an errata for a scene, and the review discussed the many ambiguities in the programming puzzle rules!

Are ambiguities something that just permeates cooperative games because it’s easy to just defer to the players?

“I dunno, let the players choose”. 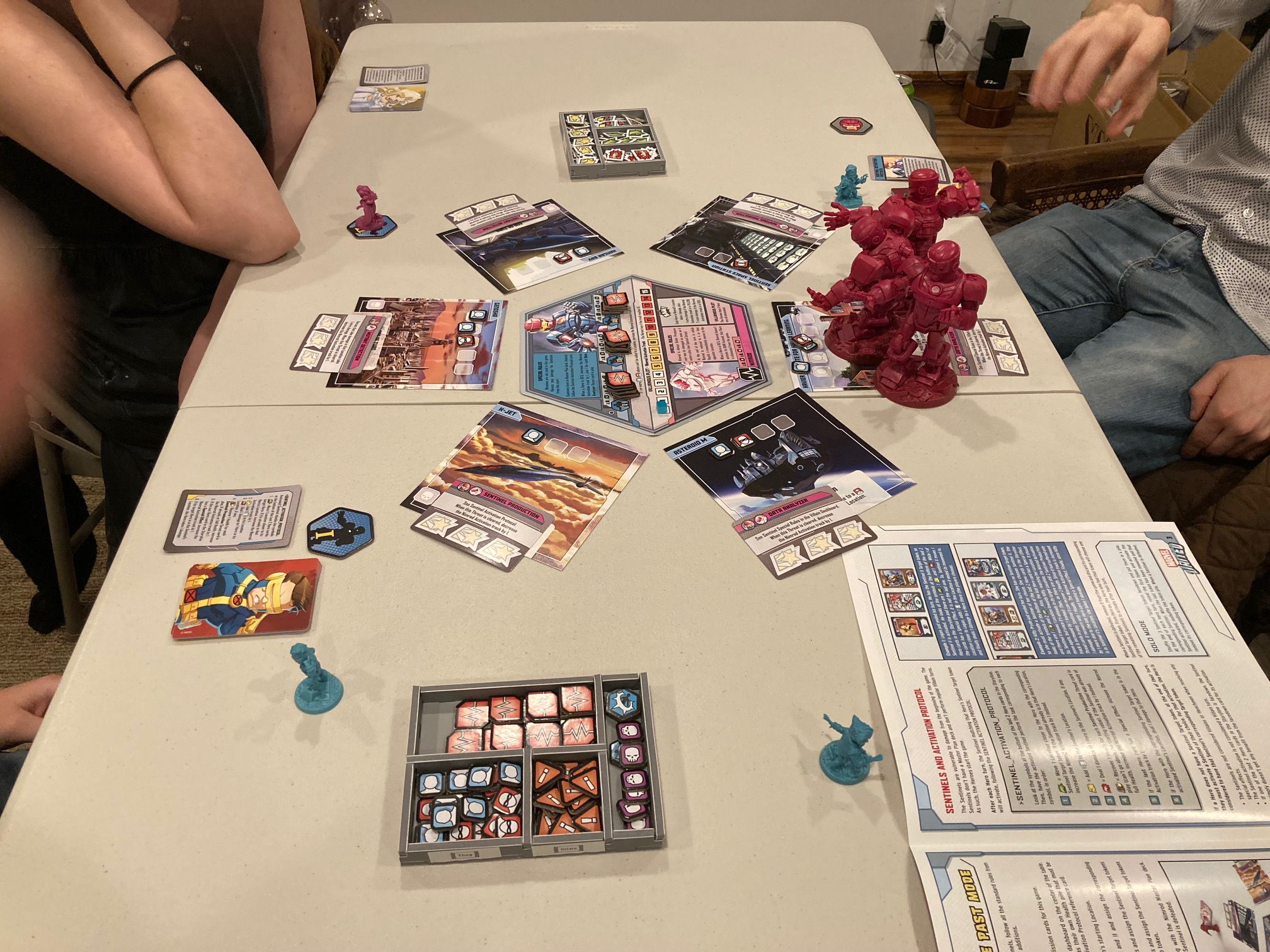 I’ll be honest: it just seems wrong to me to let the players choose ambiguity resolution in many situations! I think that’s why the choices in Batman: The Dark Knight Returns bothered me so much. The players want to win, so they’ll probably choose the ambiguity resolution that will help them the most! And that seems wrong to me! The game should be fighting and providing an engrossing experience!

It “takes me out of the game” to have to resolve some ambiguity decided by “letting the players decide”. For example, imagine the light saber duel between Darth Vader and Obi-Wan Kenobi in Star Wars: the movie stops, and Darth Vader turns to the audience to ask “Which way should I turn?” Nope. Nope. Nope. Let the Villains fight me, however flawed their logic!

The Sidekick of Interest (SOI) Mechanism 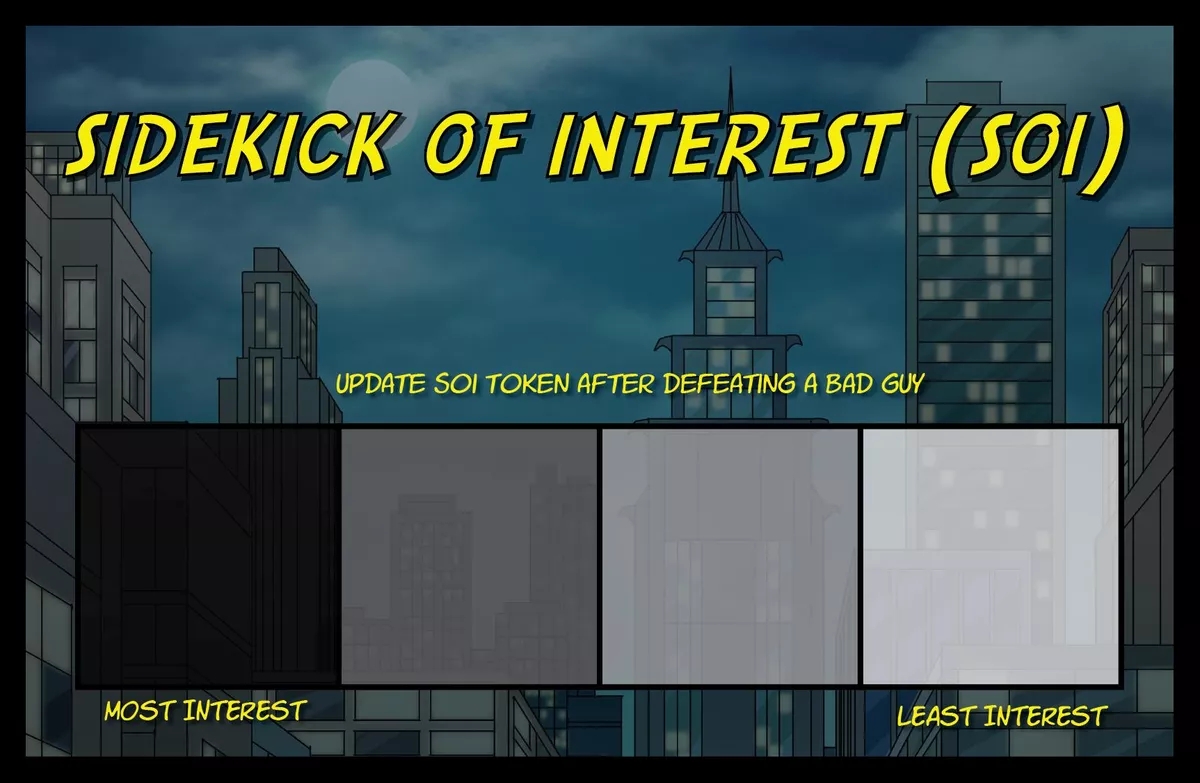 Consider the example below:

In the example above, if Shadow Walker and Black Bird are the same distance from the Bad Guy, who does the Bully Attack? Answer: consult the SOI Chart!

According to the SOI chart above, the Shadow Walker is “more interesting” and becomes the target!

The SOI mechanism is resolution mechanism for “who does the Bad Guys attack” when there is ambiguity. 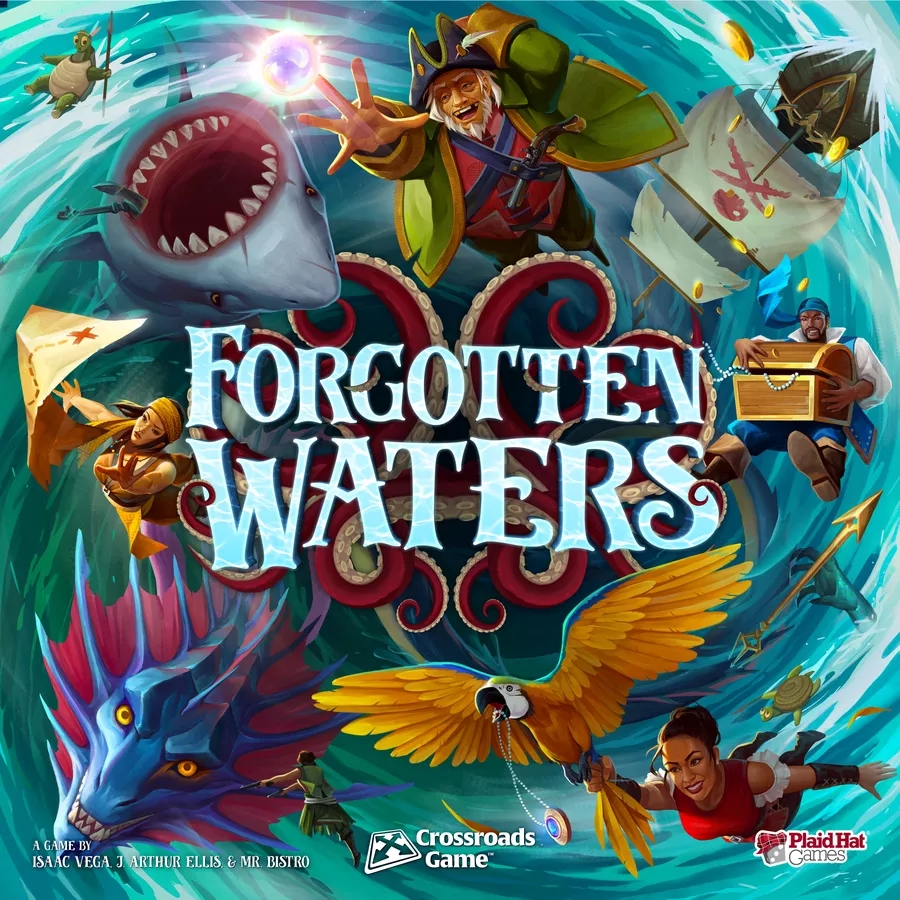 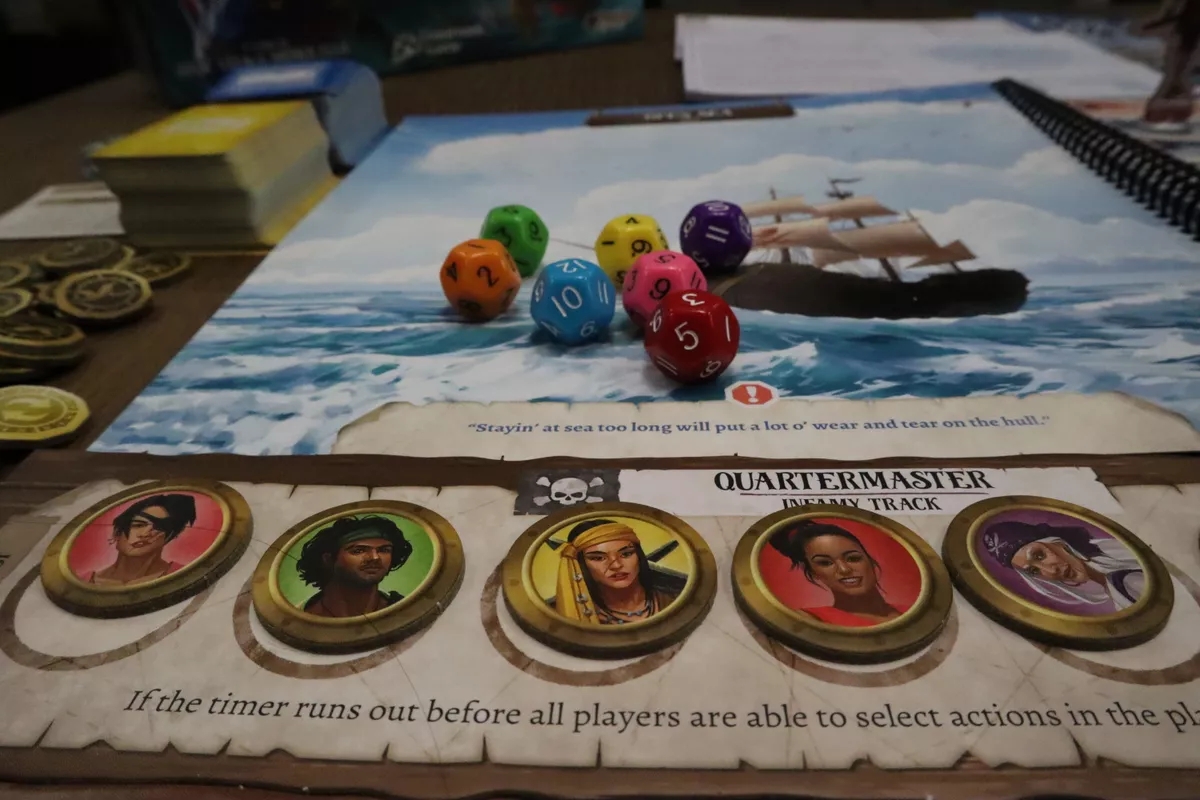 The Quartermaster Board (see above) has the Infamy Track which is JUST like the SOI chart! The players are ordered left to right. The players can do silly things in the game to go up and down in infamy, but it’s really just a fun disambiguation mechanism! What order do players place their pirates on the storybook? In the order spelled out on the Infamy Track! (Infamy and Interesting even start with the same letter I!)

The Legends of Sleepy Hollow 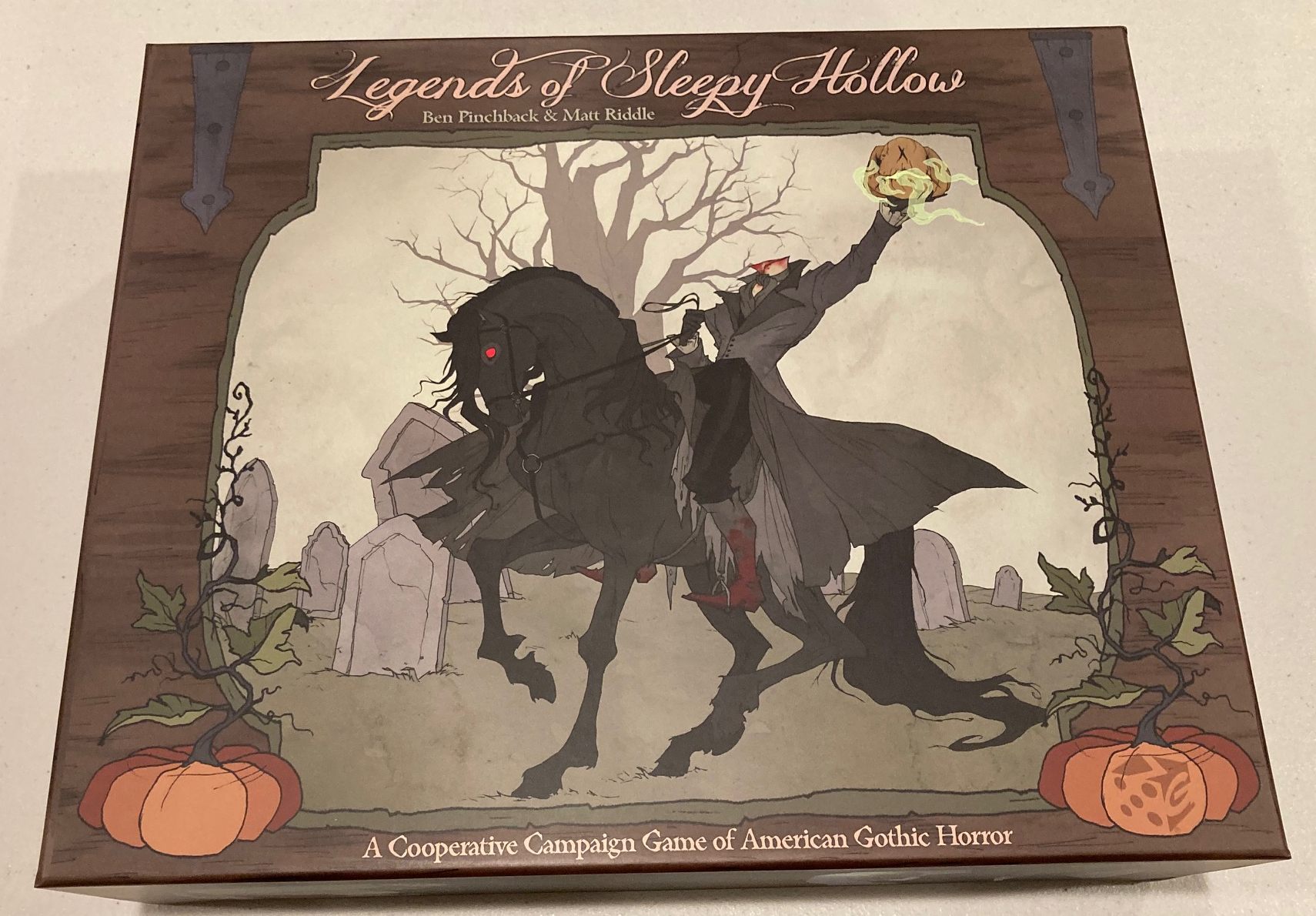 Legends of Sleepy Hollow is a cooperative game from our Top 10 Anticipated Games of 2022 that we reviewed here! This incredible thematic game is all about fighting weird sleepy hollow creatures on a map! See below. 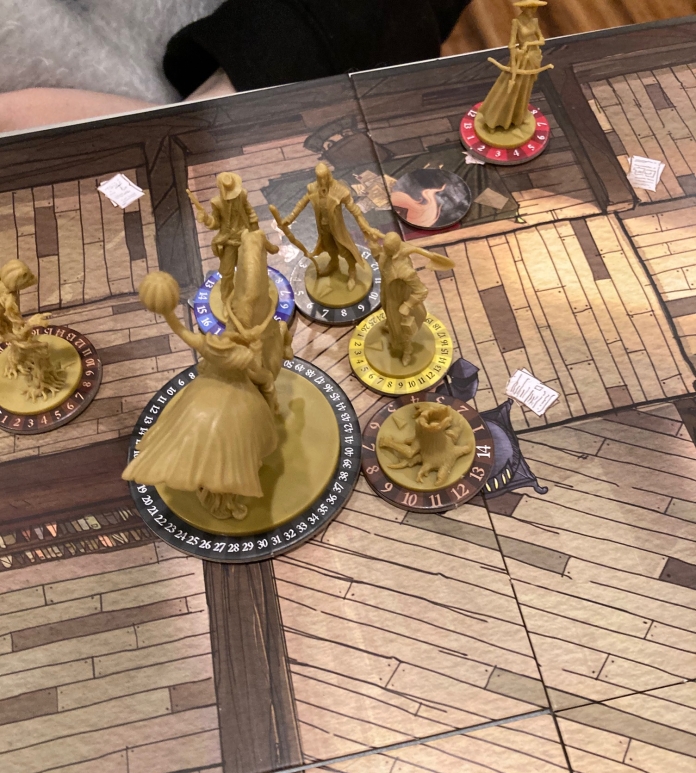 Much like Sidekick Saga and Forgotten Waters, Legends of Sleepy Hollow has a notion of a SOI chart! In this case, it’s called simply the Attack Priority Chart. See below. 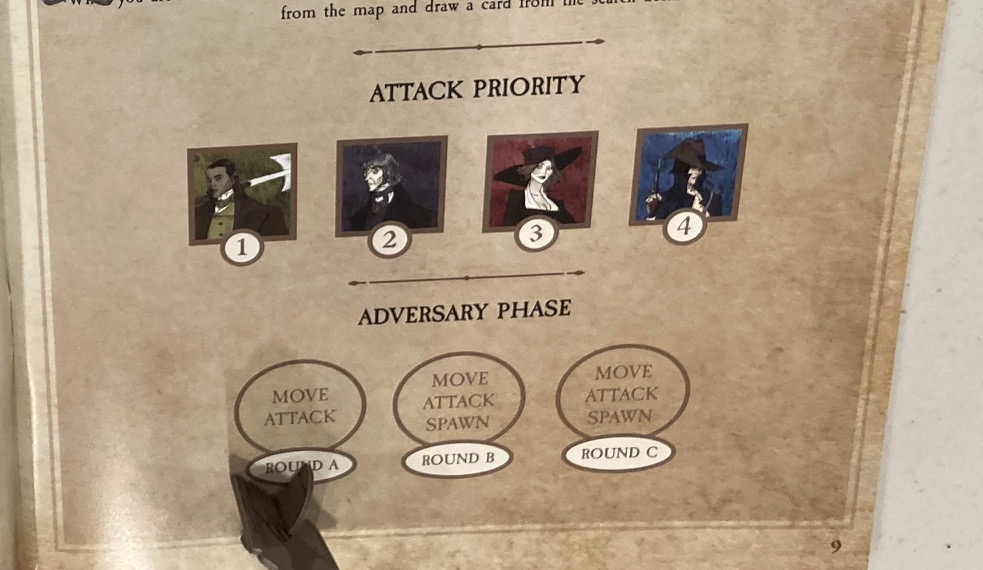 The mechanism is used the same way as the SOI chart: if two good guys are at the same range, which do the bad guys attack? The only difference is that the Attack Priority chart is static for a scenario, i.e., it doesn’t change for the entirety of the scenario. Every new scenario has a different Attack Priority Chart! But it works just like the SOI chart in every other way. 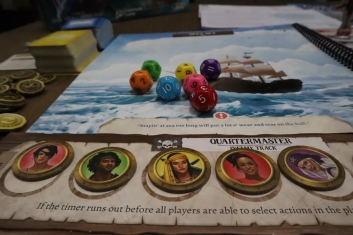 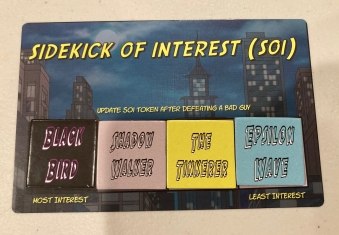 The fact that the SOI chart and the Infamy Chart change as you play makes them dynamic!  In Sidekick Saga, every time a Sidekick takes out a Bad Guy, he rockets to the top of the SOI chart!

Although this dynamicism makes the game exciting and strategic as you have to think about WHEN you should take out a Bad Guy, it is slightly fiddly to maintain the SOI chart: players are sliding tokens left and right all the time.  Forgotten Waters dispels some of this fiddliness by assigning that job exclusively to one player: that’s the Quartermaster’s job!  Legends of Sleepy Hollow sidesteps the fiddliness issue completely by simply not having moveable tokens at all! 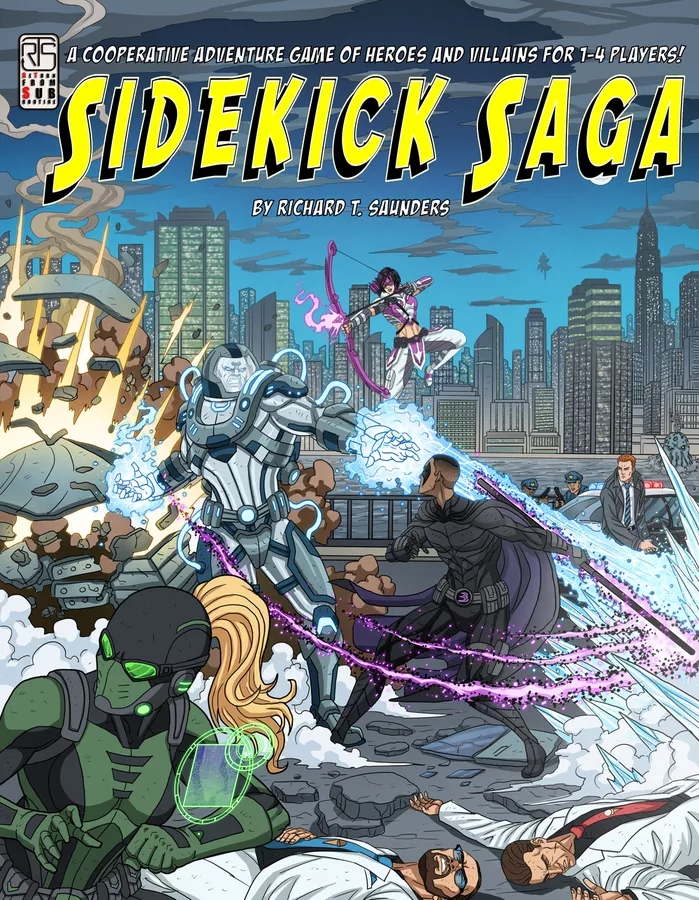 And hopefully companies won’t lazily just use “player choose” as a default mechanism when they don’t know what to do to resolve ambiguity.

Appendix: I Really Do Like Batman: The Dark Knight Returns! 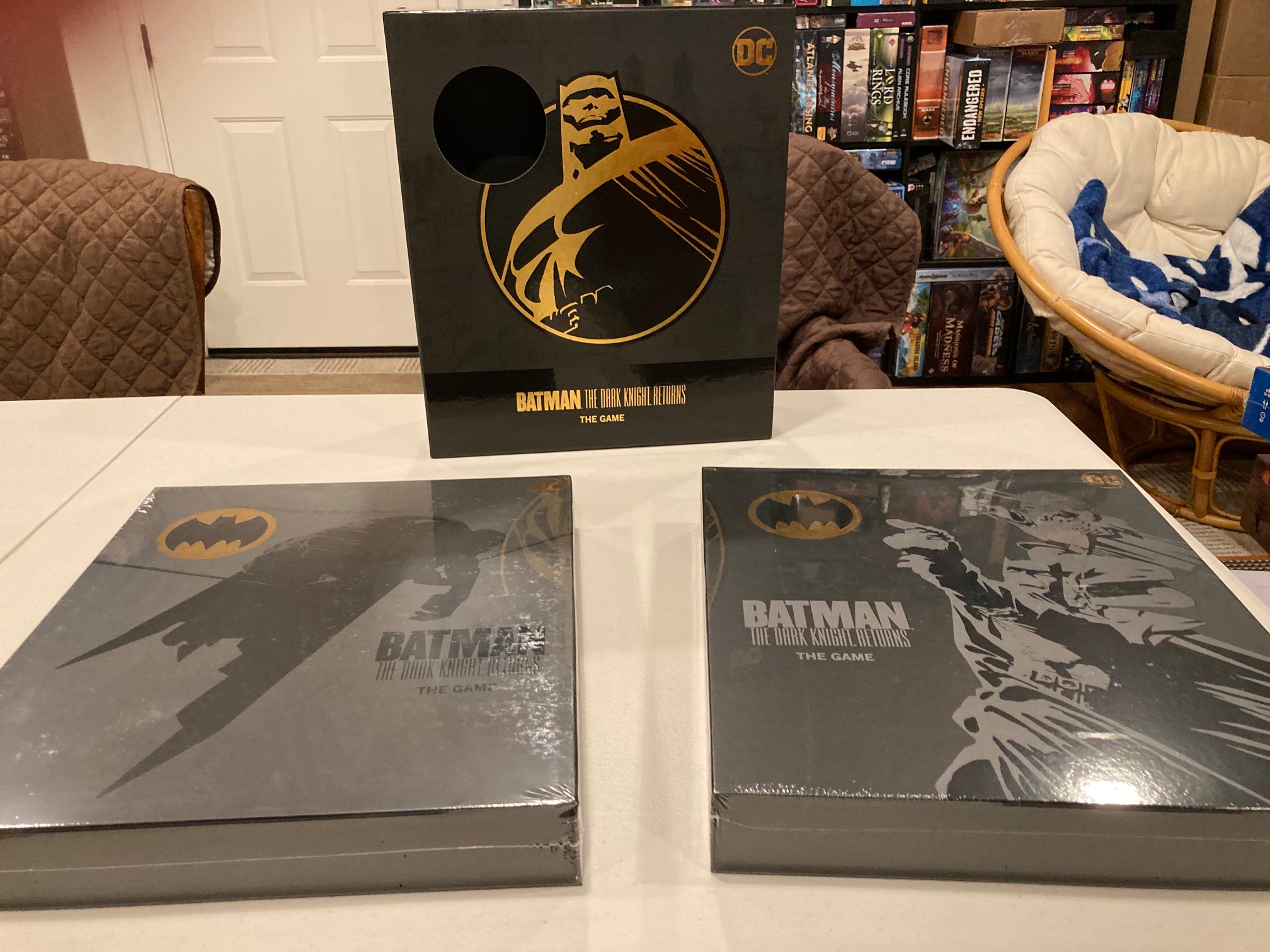 I really do like Batman: The Dark Knight Returns.  I think the design embraces the player choice on purpose, and it is very interesting to have so many places where players choose.  I think it’s an interesting design choice.  And it works much better in a solo game.

It’s just that it was so weird it got us thinking about these issues.

One thought on “Resolving Ambiguity in Cooperative Games”