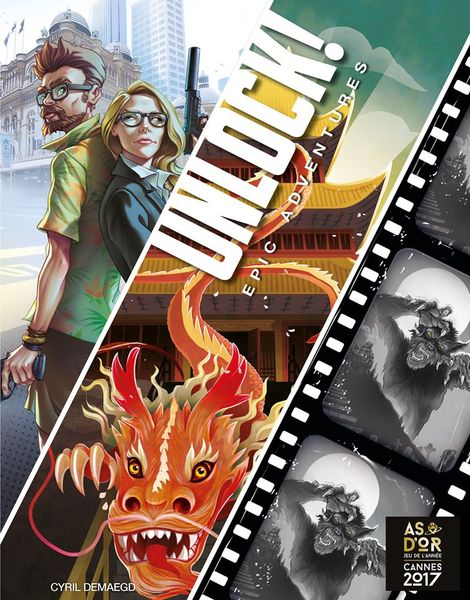 Recently, (last week: July 2020) I received the newest Unlock box of Escape Room Games: Unlock! Epic Adventures. I played through them all solo (sigh, it’s still hard to get a group together these days) and decided to put up a review.  Sooooo … how do you put up a review without giving away too much?  And still give the reader something to think about? 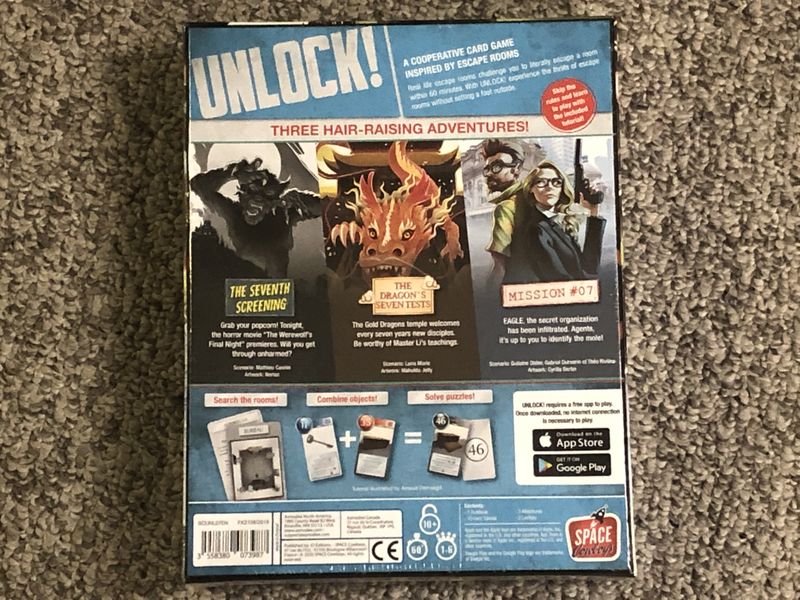 So, I’ll give a quick overview (with my thoughts) and discuss some related issues.

There are three adventures in this box:

In general, really liked the first, hated the second, and LOVED the third game.  In general, I’d recommend this Unlock! box of 3 puzzles, even if I didn’t like the second Escape Room!  (Okay, so review over?)

In the last few years, the Unlock games were available separately: A favorite was the Unlock: The Adventures of Oz.  And you could buy it separately … and you still can for about $14.99 (MSRP). 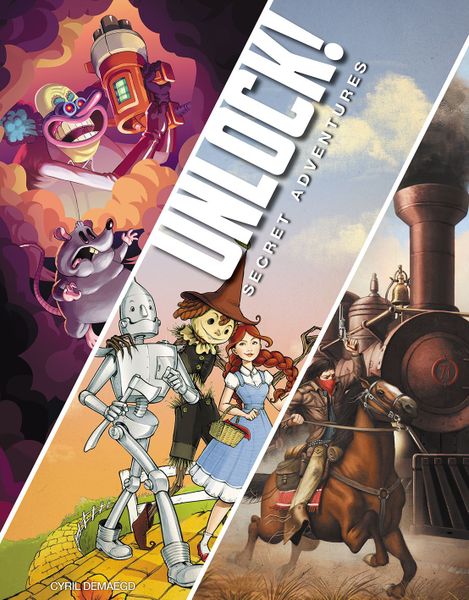 BUT, newer Unlock releases make you buy all 3 from a set (to be fair, they have been doing this in Europe for while).  These are typically $29.99 (MSRP) for all three.  To my knowledge, you cannot buy the newest games individually anymore.  In other words, I can’t tell you: “Just get the Seventh Screening and Mission #07 game, ignore the Dragon game”. You have to get all 3.  (To be fair, the two good ones make it worthwhile).

Bang For The Buck

So, let’s do a cost-benefit analysis from the three major types of Escape Room Games: Unlock, Exit, and Deckscape.

The best bang for the buck are the Unlock games (with three games per box):  it only costs about $6.40 per hour to play.  And you can pass the games onto your friends, as they are completely replayable.  BUT, Unlock games may be obsolete in the future if the app isn’t maintained.

The Deckscape games look the worst bang for the buck (at $10.99 per hour), but they will never be obsolete and you can easily share the game (and the cost) among several groups of friends to bring the cost down to just $3 or $4 per hour.

The Exit games, although they aren’t replayable, have an excitement to them, as you bend, tear, destroy cards as you play!  The Exit games tend to be very immersive, but once you are done, you are done. $7.33 per hour is sunk cost: you can never get it back.

In general, it seems like the major Escape Room games cost (on the order of) $10 per hour to play.  You can usually only play them once. Is that a good deal?  Only you can decide that.  Was Unlock! Epic Adventures good?  For me, Epic Adventures has two of my favorite Unlock adventures of all time … and one I really didn’t like (possibly my least favorite).  So, do the math: is that worth it for you?   For me, the two hours of sheer joy and immersion from my two favorites here was totally worth it.

7 thoughts on “How Do I Review Cooperative Escape Room Games? A Review of Unlock! Epic Adventures”