There seem to be three standard ways to learn a game:

My friend Junkerman and I had … other ideas.

“Hey, you wanna play Beyond The Sun?  It’s now online at Board Game Arena.”  (See Screen shot above)
“Sure.  Meet you there in a few.”

After floundering around and logging into Board Game Arena, we also got on Discord so we could chat while we played.

So, we read some really crappy minimal rules on  the site (there were videos and PDFs of the game, but we chose to eschew them) to get an idea of the game.  We still had no idea what we were doing. 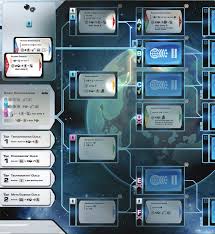 Here’s the thing, Board Game Arena enforces the rules of the game strictly. So, it’s not a “free-form” scenario like TableTop Simulator can be. If you can “click” on something on Board Game Arena, this means it’s a LEGAL click, so you can do it! With Board Game Arena only letting us click on things “legally”, we just starting clicking.

Hilariously, it took us 10 minutes (I am not exaggerating) to start our first turn! (Hint, the basic actions are in the middle of the screen and really tiny. Ya, that’s our excuse). We just started clicking and hovering over things … Board Game Arena does a “really nice” job with showing rules when you hover over game pieces.

So, over the course of two hours, we tried to click on things, we hovered over things, we just explored! Our goal was NOT to win, but to figure out the game together!!

“Hey Joe, why don’t you attack me and see what happens!”
“Oh ya, I should attack you. I wonder what happens to my ships if I fail?”
“I dunno? Let’s find out!”
…
“COOL! The leftover pieces go the the black hole! Cool!

I think the funniest moment was when we realized “the grey blobs” on the cards (that we turned over) were UPGRADED spaces!

“See the grey blob next to PSIONICS RESEARCH (see above)?”
“Ya.”
“I think we can go there!”
“Really? Those grey blobs weren’t decoration?”
“I think they are new actions we can do!!!”
“Boy, are we dumb.  We could have been doing those new actions for the past hour!”

After about 2 hours of screwing around, we had an idea of the game! We had to be patient with each other: “What do you think this does?” “I dunno.” We had to click on things and just randomly try stuff. Board Game Arena was our teacher and our enforcer: we could only do things it would let us!

So, I came up with the phrase Cooperative Exploration to try to describe how Junkerman and I learned the game. Basically, because it sounds a whole lot better than “we just clicked around and saw what we could do”. Honestly, this as the funnest I’ve had learning a game in a LONG time! It was fun to laugh at each other: “What are you doing? I dunno?” “What’s that leaf thing? I dunno? Oh! I see it!” It was fun to just explore the screen and hover. It felt like Junkerman and myself embarked on an expedition to explore and fool around in this online world of Beyond The Sun. What works? What doesn’t? What does this do? It was a blast: a cooperative adventure exploring the world of Beyond The Sun.

We joked that we should have live-streamed our adventure: we were pretty stupid at times, and we thought other people might enjoy laughing at us because we were laughing at ourselves! I’ll be honest: I felt a little like a little kid again. I didn’t care if I won, I just wanted to figure out “this world” we were in! It was a freeing experience NOT being shackled to a rulebook! We just let Board Game Arena be out teacher and enforcer. 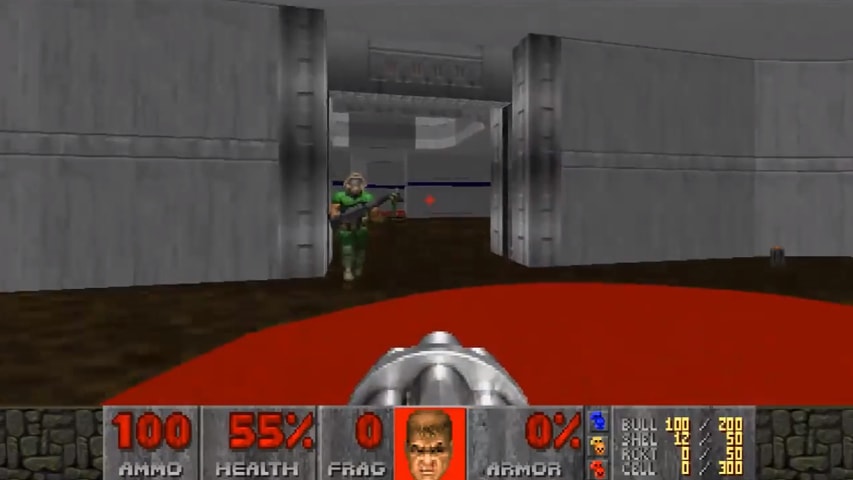 As crazy as it sounds, there is some precedence for Machine Learning techniques using exactly this same idea: “Just try clicking stuff”.  This paper out of Carnegie Melon shows how an AI learned how to play DOOM using only the raw pixels on the screen.  The AI was trained by letting it “try stuff” and using the pixels on the screen as results to guide further exploration.  The AI plays thousands of games, keeping track of results of “try stuff and see what happens” in the pixels of the output.

It’s the same idea as our Cooperative Exploration, except that the AI tries stuff over many many many games to train itself. I suspect if Junkerman and I tried stuff over a million games, we’d be as good as the AI too … 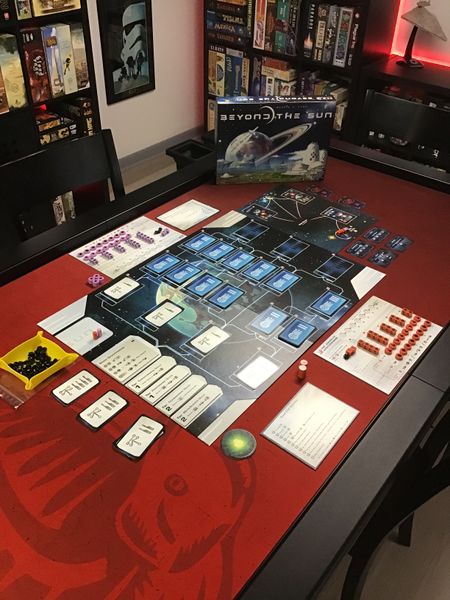 I seriously recommend trying the Cooperative Exploration idea out with a close friend: it’s a hilarious, fun, and freeing way to learn a new board game.  I wouldn’t recommend this idea too many people, though.  You want someone you can laugh with and at!  You need to be patient with each other!  You will be making mistakes and you have to be with someone you feel comfortable making DUMB mistakes with! (Seriously, it took 10 minutes for us to find something in we could click on at the start of the game.  Boy, did we feel DUMB!).  You will also be laughing at yourself, so have a sense of humor!

This was one of the funnest adventures I’ve been on a while.

5 thoughts on “Cooperative Exploration: A New Way To Learn Games?”