The first K is silent.  Today’s blogpost is brought to you by the letter K.

The Dice Tower people mention the Kallax shelves all the time for their games.  Zee Garcia even mentioned them in a “Top 10 Gaming Accessories” video.  So, it’s become almost cliche’ for a gamer to order Kallax shelves.  To paraphrase Yoda:

They delivered the shelves straight to my house.  Even put them in the right place for me.  They were great.

Saunders’ Law in the Real World

So, I opened the instruction book and saw the “pictures only” instructions for assembly.

Hilarious!  The instructions say “Don’t assemble them by yourself.”  The assembly is (drum roll), a cooperative activity!  I think this is one of the best pictures I’ve seen to show “cooperation”.  Although I really like this one too:

The funny thing is, I invoked Saunders’ Law on the Shelves!  I made it into a solo activity!  Basically, my wife was visiting her Mom, and I was by myself.  So, I made assembling the shelves into a “solo game”.

Honestly, it wasn’t too bad assembling the shelves by myself.  I went slowly, made sure I read all the rules (I mean instructions) in advance and tried things out slowly.  It really almost felt like I was learning a board game by myself.  I will say this: the assembly instructions are quite good. 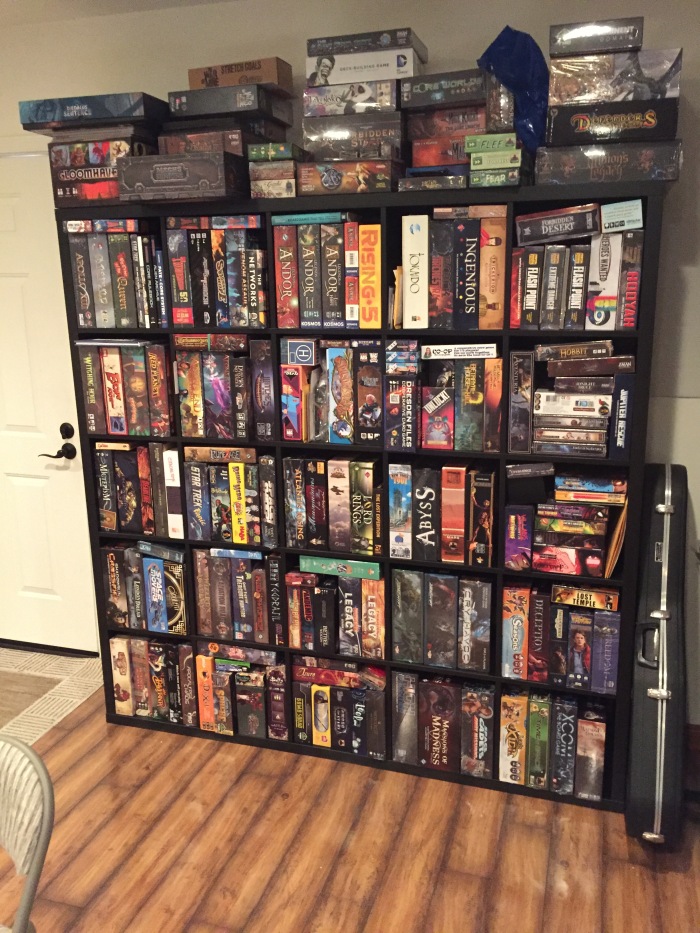 I am pleased with how they came out.

Shortly after I was proudly showing off my Kallax Kshelves, my friend Josh found an alternative shelf that looks almost exactly like the Kallax ones.  For almost half the price.  And free shipping!

I got some of the 4×2 shelves and liked them. They are similar (I think) to the thicker old-style Kallax shelves.

Shipping was free, which was the big kicker.

I think, at the time of this writing, those alternative 5×5 shelves are $158.  With free shipping.

Sigh.  So, I overpaid.  I offer up the shelves (above) as a public service announcement to the gaming community.  You can get basically the same shelves as the Kallax Kshelves, but you don’t have to pay extra money for the extra Ks.

Recently, I was helping my wife out at Target, and found these: 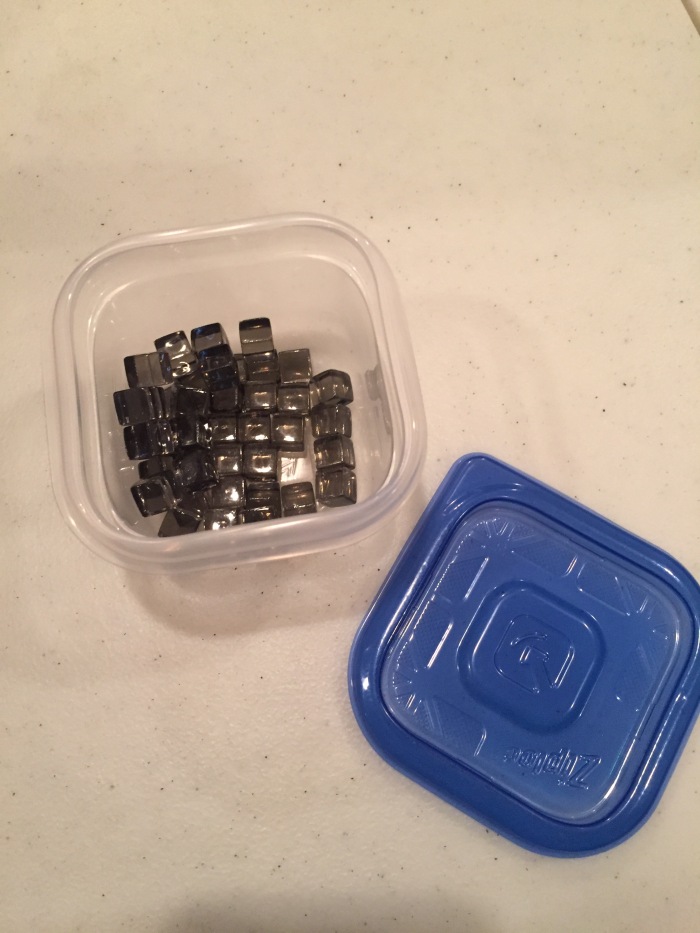 These containers are perfect containers for some games.  Case in Point: Ron gave me Terraforming Mars for Christmas,  Fun game!  But there are sooo many little components.  The bags work fine, but they add set-up and tear-down time as you pull all the little cubes out. 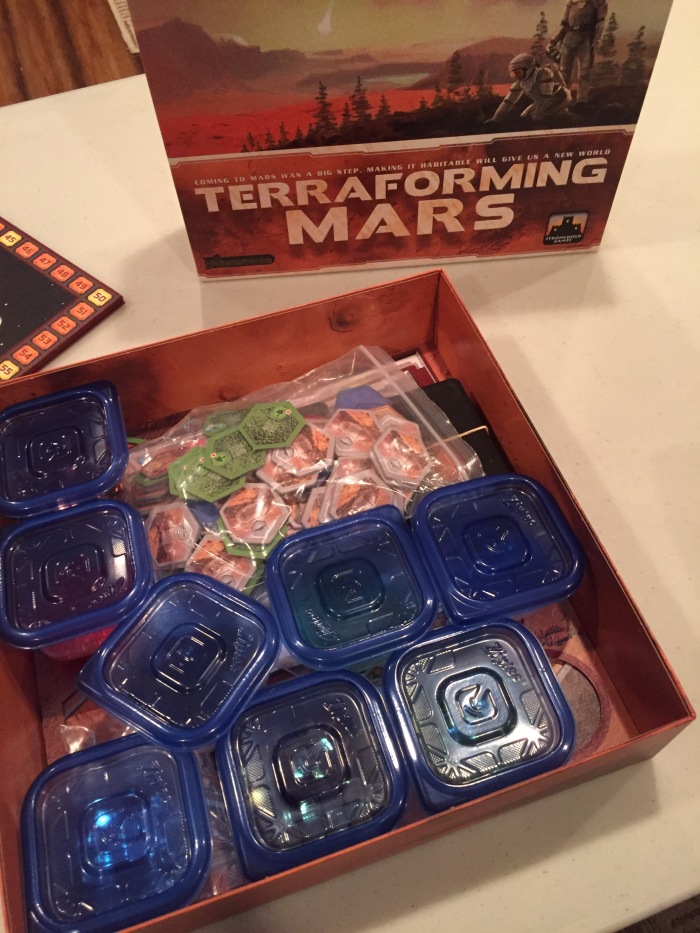 And they all fit well into the box.  So, for a little under $3, I was able to get some nice Kontainers!  I will probably get some more: they work really well in some of the standard sized game boxes.

One more thing: I found these Ziploc thingees on-line at Target, but you have to order $25 worth for free shipping.  So, it might be worth it to get 9 packages of 8 for 72 Kontainers?  And don’t go to Amazon!  They were like $6.99 for a package of 8! More than twice as much.  If you have a Target in your area, just it up on your next visit. (I assume other stores have them too…)

(Apologies for the overuse of the letter K; that was a stipulation for his support of today’s blog entry.  K feels he is overshadowed by his controlling, older brother C …)